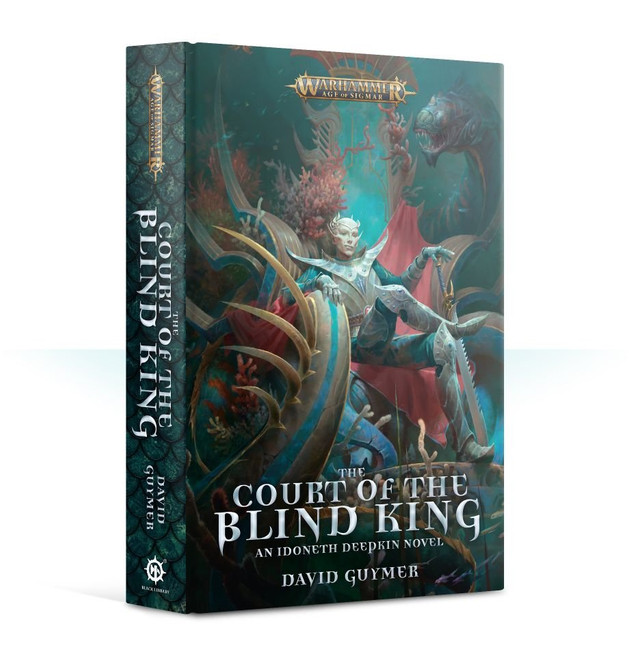 The War of Life affects all in Ghyran – even the underwater kingdoms of the Idoneth Deepkin. With battle raging, Prince Lurien seizes his chance to take the Jade Throne of Briomdar – but can he overcome his foes and his fellow Deepkin to claim his prize?

READ IT BECAUSE
Dive beneath the oceans of the Mortal Realms to discover the politics and life of the Idoneth Deepkin in the first novel to explore their culture and motivations in depth.

THE STORY
Deep beneath the oceans of Ghyran, in kingdoms forgotten by gods and time and overlooked by the ravages of Chaos, the Idoneth Deepkin endure in bitter solitude. However, the Jade Throne of Briomdar sits empty, its long isolation threatened as never before in its history. The Everqueen’s warsong awakens the forests of both land and sea and everywhere the diseased knights of Nurgle fight to the last foetid breath for the verdant Realm they claim as theirs. But for Prince Lurien this time of peril is one ripe with opportunity. It will take every drop of wit, guile and treachery the prince has to overcome not only the myriad foes of the Idoneth, but his fellow Deepkin as well.

Release Date 17th Sept 2022   A Primarchs Novel"Banish all thoughts of mercy, because mercy is