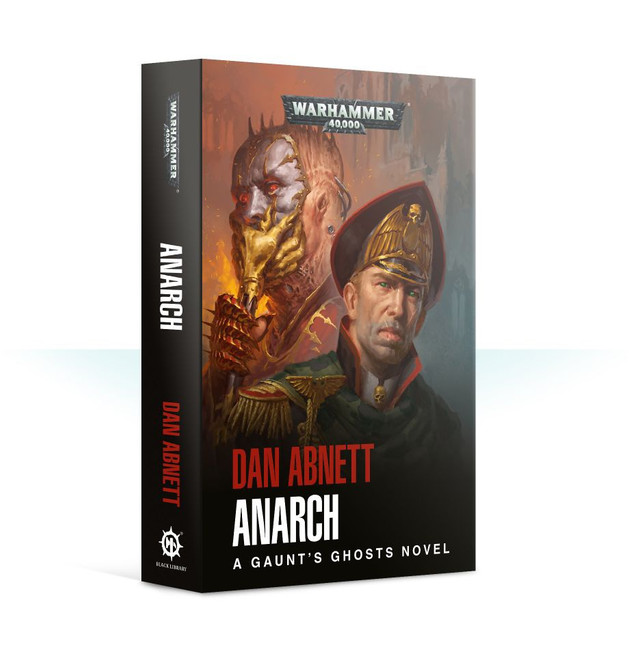 The battle for Urdesh has begun – and the outcome will determine the fate of the Sabbat Worlds Crusade. Ibram Gaunt, now right hand to the Warmaster, and his Ghosts hold the key to victory – but can they defeat the sinister Anarch and his Sons of Sek?

READ IT BECAUSE
It's all been leading to this. The Victory arc concludes with an epic story that weaves together plot threads from throughout the entire Gaunt's Ghosts series and puts the beloved characters in more danger than you'll be able to bear. Fair warning: they're not all going to get out alive.

THE STORY
Men of Tanith… do you want to live forever?’

On the forge world of Urdesh, the massed forces of the Imperial Crusade engage in a final bloody battle with the Archenemy commander known as the Anarch, and his elite warriors - the barbaric Sons of Sek. A victory for either side will decide more than just the fate of Urdesh… it will determine the outcome of the entire Sabbat Worlds Crusade. Ibram Gaunt – now serving at the right hand of Warmaster Macaroth – finds himself at the very heart of the struggle. His regiment, the Tanith First “Ghosts”, holds the vital key to ultimate success. But as the forces of the Imperium and Chaos square up for the final, large-scale confrontation, Gaunt discovers that the greatest threat of all may come from inside rather than out.

Gaunt's Ghost: Only in Death

Realm Quest Book 5 Betrayed, trapped in a cursed labyrinth, and haunted by vengeful spirits, Kiri an

Led by the irrepressible Colonel-Commissar Ibram Gaunt, the Tanith First and Only are a reconnaissan