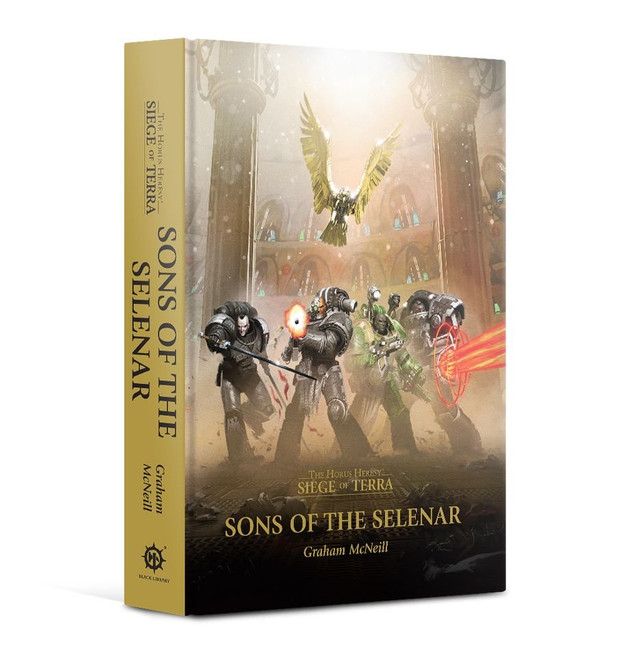 A Siege of Terra novella

The Shattered Legions have come to Terra – but when the Kryptos delivers a message of doom, the crew of the Sisypheum are drawn into their most dangerous mission yet, deep beneath Luna, where their actions could alter the fate of the galaxy.

READ IT BECAUSE
Discover the epic conclusion to the long journey of the Sisypheum through the Horus Heresy in a novella packed with revelations and action that expands the scope of the Siege of Terra.

THE STORY
The Shattered Legions crew of the Sisypheum, broken and at the end of their endurance, find themselves divided – torn between following their resurrected captain on a suicidal mission or obeying orders to return to Terra and rejoin their Legion brothers.

Following a series of garbled messages intercepted by the Kryptos, the divided warriors descend to the shattered surface of Luna. Here, their bonds of loyalty, duty, and their devotion to one another will be tested as ancient horrors of the earliest days of gene-manipulation are unleashed, and a long-buried secret is revealed.

A secret that will have far-reaching consequences for the future course of the galaxy, no matter who eventually claims Terra.

In the aftermath of the Word Bearers' attack on Calth, the wounded Kor Phaeron flees aboard his batt

Siege of Terra Book 3The outer defences have fallen, and the walls of the Imperial Palace await the

Siege of Terra Book 6With the Lion's Gate space port taken by the enemy, Jaghatai Khan of the White