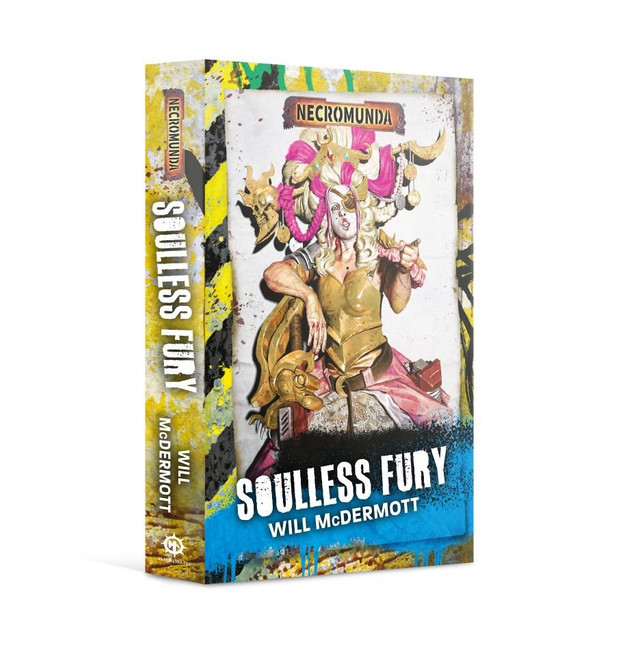 Few are as feared in the underhive as the sinister murderer known as Mad D'onne. With a warrant out for her arrest, many seek her… but even if they find their prey, will any of them survive her wrath?

READ IT BECAUSE
The author of the original run of Kal Jerico novels brings you a look at one of the most infamous and beloved Necromunda characters, pitting her against the entire might of the underhive…

THE STORY
No one knows murder like Mad D’onne. Where she goes, death follows – she is a force of nature, leaving devastated settlements and shell casings in her wake. But even Necromunda has its limits for senseless, unsanctioned violence. Scrutinator Primus Servalen, armed with the personal seal of Lord Helmawr – to which no request can be denied and no door barred – is dispatched to bring the misbegotten scion of House Ulanti to justice, but first she has to track her down… and how do you find one murderer in amongst the bloodshed of the Underhive?

A Necromunda novel When full-scale gang war erupts between Houses Goliath and Escher, Brielle of th

A Necromunda novel Zeke of House Cawdor is on a crusade of vengeance. His entire world has been burn

A Necromunda novelDark secrets lurk in the Fallen Dome of Periculus, and Tempes Sol of the Guild of