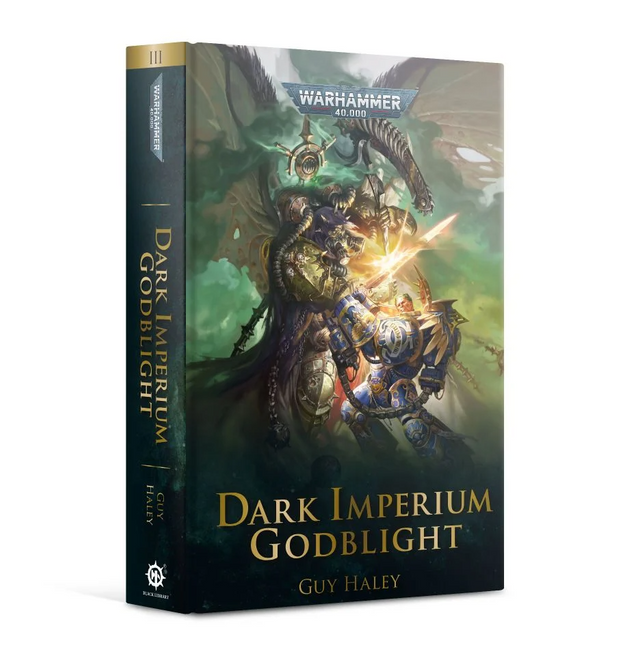 Book 3 of the Dark Imperium trilogyThe destinies of primarch and Imperial Regent Roboute Guilliman and his traitorous brother Mortarion come together for the climactic battle of the Plague Wars.READ IT BECAUSEIt's the throwdown you've been waiting for, as Guilliman and Mortarion work out ten thousand years of pent-up resentment in a clash for the ages.THE STORYThe paths of Roboute Guilliman and his fallen brother Mortarion bring them inexorably together on Iax. Once a jewel of the Imperium, the garden world is dying as the plans of the Lord of Death to use it as a fulcrum to drag the stellar realm of Ultramar into the warp come to deadly fruition.While Guilliman attempts to prevent the destruction of his kingdom, Mortarion schemes to bring his brother low with the Godblight, a disease created in the Cauldron of Nurgle itself, made with the power to destroy a son of the Emperor.Primarchs clash on the ravaged landscapes of Iax. The gods go to war and the wider galaxy balances on a knife-edge of destruction. As something powerful stirs in the sea of souls, only one thing is certain – no matter who wins the last great clash of the Plague War, the repercussions of victory will echo through eternity…

Book 1 of the Dark Imperium trilogy

A Warhammer 40,000 novelWar rages across the surface of Urdesh as the Iron Snakes Space Marines atte

A Warhammer Age of Sigmar novelWhen a child is born during an apocalyptic storm, and marked by the E