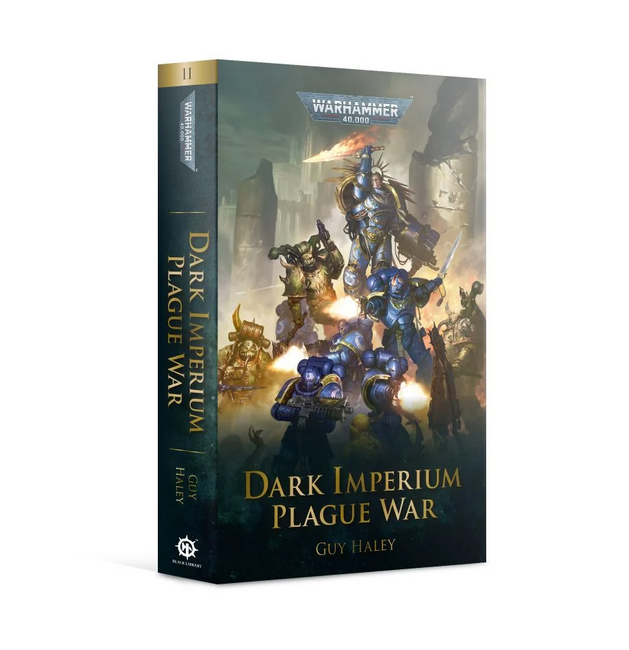 Book 2 of the Dark Imperium Trilogy

As the Plague Wars rage on, the Emperor's will manifests in Ultramar through miracles that confound the primarch Roboute Guilliman, even as he must rely on them when he faces his traitorous brother Mortarion.

READ IT BECAUSE
The battle between faith and science lies at the heart of Warhammer 40,000. Guy Haley explores it here as never before, through the eyes of Roboute Guilliman – the ultimate believer in rationality and the Imperial Truth.

THE STORY
Across the void and upon the worlds of Greater Ultramar, the battle for the Imperium rages on.

Intent on rebuilding his home realm and using it as a base to reconstruct the ravaged stellar empire of humanity, the returned primarch, Roboute Guilliman, proceeds with his war to drive Mortarion and his Death Guard Traitor Legion from the domain of the Ultramarines. Yet when Guilliman brings his brother to battle upon the diseased plains of Parmenio, the intervention of a greater power in their fraternal struggle threatens to upend the Imperial Regent’s understanding of the galaxy – and his place within it.

Primarchs and ideologies clash in this second, thrilling installment of the Dark Imperium trilogy.

Release Date 27th August 2022 According to some, Drekki Flynt is the most dashing Arkanaut Captain i