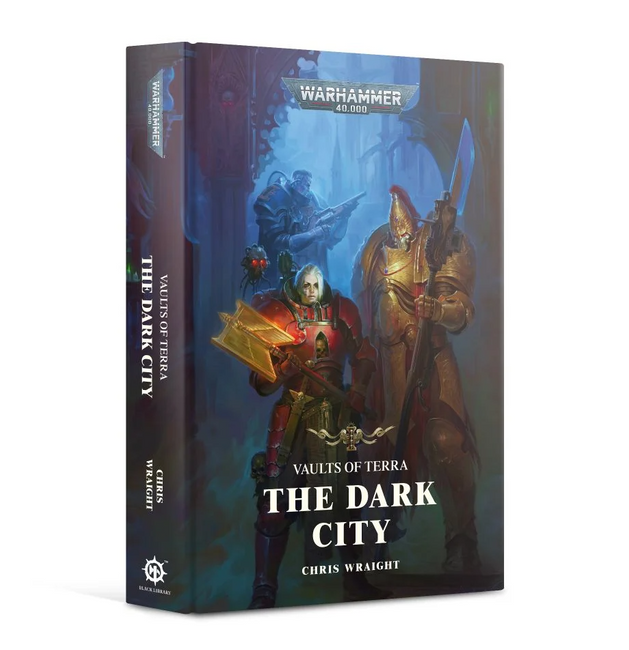 Separated from Inquisitor Cowl, Interrogator Spinoza hoists her crozius and sets to protecting what’s left of their organisation while continuing her quest for truth. But can she survive the dire straights she finds herself in, as she guards humanity from enemies within and without?

READ IT BECAUSE
Luce Spinoza comes into her own, with the weight of her lord’s fate sitting heavy on her shoulders, while pushing forward with their mission. With enemies closing in on all sides, she must choose a path for herself.

THE STORY
The Throneworld is in turmoil, wracked by the opening of the Great Rift and the failure of the Astronomican. Inquisitor Erasmus Crowl, his mind and body ravaged by what he has seen in the Hollow Mountain, is missing, taking with him the clues to the conspiracy that has come to obsess him. Luce Spinoza, his interrogator, must choose whether to seek him out or defend her diminished realm from the many forces that still seek to destroy it. As enemies circle, Interrogator Spinoza enters a race against time to find the evidence she needs. But with the fate of humanity itself hanging in the balance, she must decide what lengths she is willing to go to in order to uncover the truth.

Vaults of Terra: The Carrion Throne

An Inquisition novel Inquisitor Crowl, who serves on Holy Terra itself, follows the trail of a consp