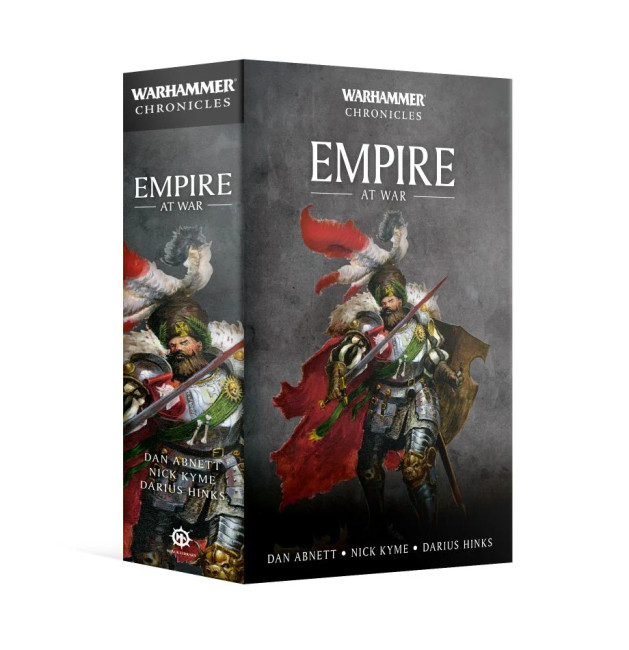 A collection of novels and short stories telling the story of the Empire – seat of power in the World-That-Was.

READ IT BECAUSE
This omnibus edition collects together tales of heroism and sacrifice – focusing on the dour but courageous Winged Lancers of Kislev, the doughty rank and file of the Imperial halberdiers and the pious warrior-priests of the Sigmarite faith. Also included are an array of short stories, focusing on the many defenders of the Empire.

THE STORY
The Empire is the largest and most powerful realm in the Old World. Founded by the warrior-god Sigmar, it is built up of city-states and provinces that are now bound together under the rule of Emperor Karl Franz. Only through the actions of its valiant heroes has it repelled the numerous invasions brought against it. And in the far north stands Kislev, one of the Empire’s staunchest allies and the first bastion against the rampaging Chaos hordes beyond…