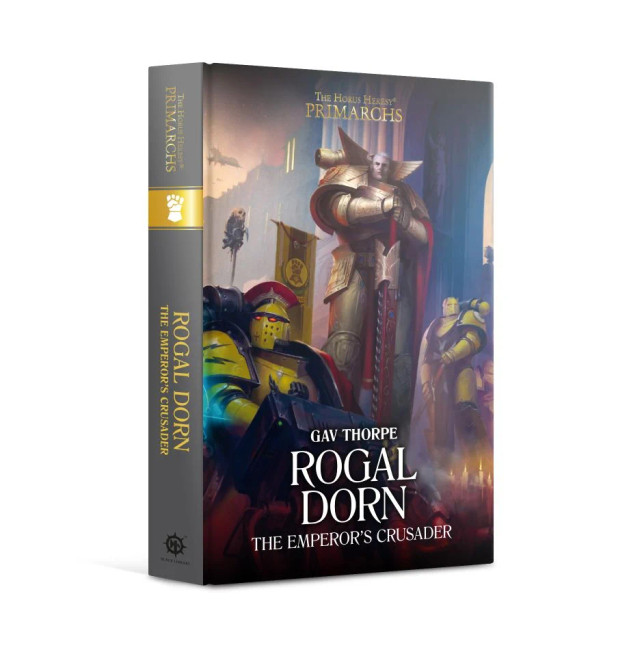 Rogal Dorn: The Emperor's Crusader is the sixteenth instalment in The Horus Heresy Primarchs series.

READ IT BECAUSE
Six decades into the Great Crusade, expansion has been swift – but the Emperor demands the boundaries of the Imperium grow even further. To this end, four Primarchs are tasked with securing systems beyond the Northern Major Warp Storm, the very presence of which blinds even the Emperor’s psychic sight.

THE STORY
As the Great Crusade enters its sixth decade, the fleets and armies of the Emperor spear out into the galaxy to bring the Imperial Truth to thousands of worlds. Expansion has been swift, but must now be tempered with consolidation. Even so, the Emperor demands that the boundaries of the Imperium be pushed further into the unknown.

The Master of Mankind tasks four primarchs with the dangerous mission of securing the worlds of the Occluda Noctis – hundreds of star systems on the far side of the Northern Major Warp Storm, whose warp-churning presence casts a shadow on the guiding light of the Astronomican and blinds even the Emperor’s psychic sight. Rogal Dorn leads his Imperial Fists directly into the heart of this cosmic twilight. Isolated, battling a foe the likes of which nobody has encountered before, Dorn must use all of his strategic genius and irresistible will to conquer the darkness in the name of the Emperor.