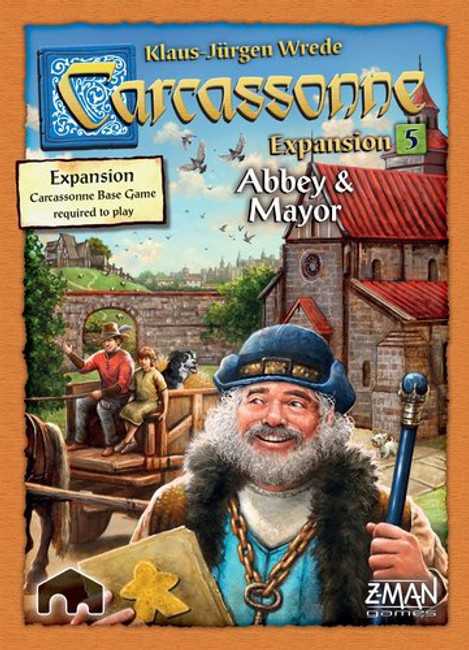 With this expansion, the players have new possibilities of strengthening their influence in the area around Carcassonne. Now traveling merchants transport their goods to surrounding cities and monasteries. The cities in the surrounding countryside can increase to a size large enough to elect their own mayors. Simple farmers build large and wealthy farms and the church tries to strengthen their influence by establishing abbeys.

Get ready cowboys, there is gold to find!  The Far West. It starts with railroads and brings y

Carcassonne: Under the Big Top

The circus is coming to Carcassonne with Under the Big Top , the tenth expansion for the legendary t

Africa swelters under the blazing sun but an adventure on the savanna beckons! Monkeys swing in the