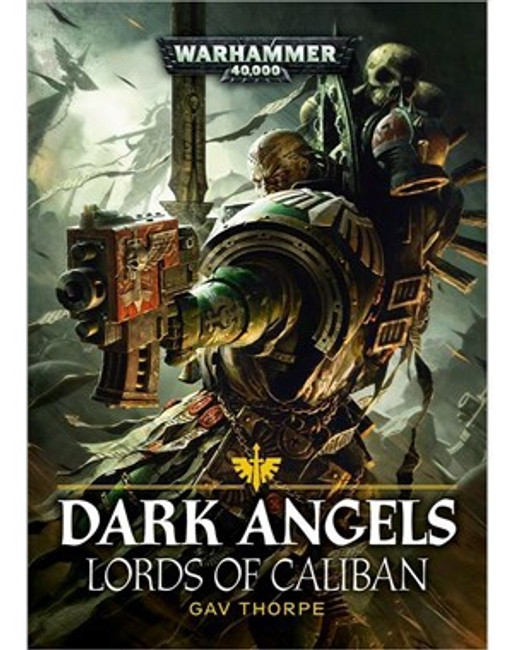 This anthology contains six short stories featuring some of the mightiest heroes of the Dark Angels as they battle against impossible odds to defeat their foes and complete their shadowy crusade.

READ IT BECAUSE
The heroes of the Dark Angels take to the battlefield and show why they are the leaders of the Chapter and the Lords of Caliban. Belial, Master of the Deathwing, and Sammael, Master of the Ravenwing, both relive the battles that led to their ascension. Other tales tie in to the Legacy of Caliban series, including a chilling scene from Master of Sanctity shown from another, horrifying, perspective.

Novels Book 38: Angels of Caliban A Horus Heresy novel The First Legion go to war, and their primar

A Warhammer 40,000 omnibus The Dark Angels are a Chapter with two faces – to the wider galaxy they a

A Dan Abnett anthology For more than twenty years, Dan Abnett has been writing tales about the grim

BL2888 Lord of the Dark Millennium

A Dan Abnett anthology For more than twenty years, Dan Abnett has been writing tales about the grim