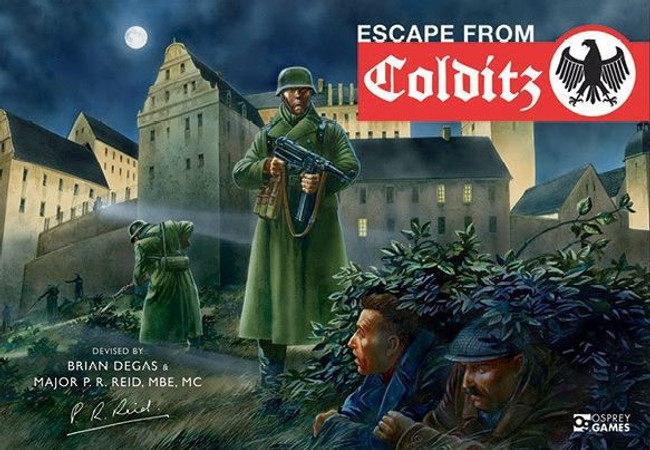 or make 4 interest-free payments of $31.20 NZD fortnightly with

Escape From Colditz is a 1-vs-many semi-cooperative game where one player is the Security Officer of the German forces, and the others are Escape Officers for various nationalities or prisoners of war (POWs). Escape Officers try to acquire the equipment they need for a successful escape (rope, wire cutters, etc.), while the Security Officer tries to hinder them by putting them in solitary confinement and consficating their equipment.

The game was co-designed by Major PR Reid, a British soldier who was one of the few to actually successfully escape from Colditz during the Second World War.

Escape from the Museum

An ordinary trip to the museum turns into chaos when you find yourself locked in and all alone, afte

Product Description The new adventures take place in the Jungle!    Ever wanted to play an