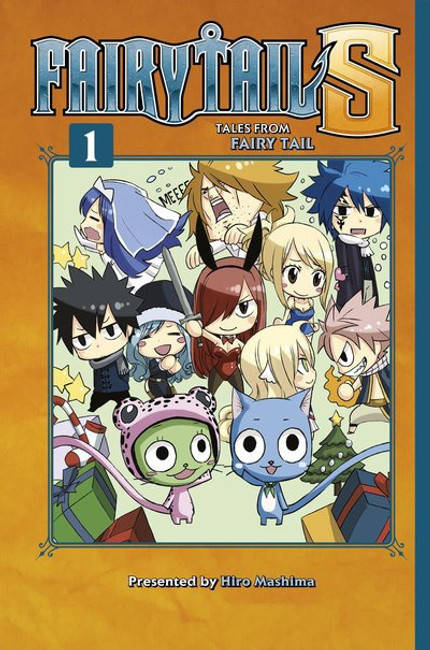 or make 4 interest-free payments of $6.00 NZD fortnightly with

The world of Fairy Tail is too big to be contained by one manga! From the pen of creator Hiro Mashima, this two-volume series contains the lost tales of Fairy Tail, where wizards Natsu, Lucy, and Erza get into crazy situations, and your favorite supporting characters get a chance to shine.

For the members of Fairy Tail, a guild member’s work is never done. While they may not always be away on missions, that doesn’t mean our magic-wielding heroes can rest easy at home. What happens when a copycat thief begins to soil the good name of Fairy Tail, or when a seemingly unstoppable virus threatens the citizens of Magnolia Town? And when a bet after the Grand Magic Games goes sour, can Natsu, Lucy, Gray, Erza turn the tables in their favor? Come see what a “day in the life” of the strongest guild in Fiore is like in nine wacky short stories!

Learning to destroy demons won’t be easy, and Tanjiro barely knows where to start. The surprise appe

The manga based on the acclaimed RPG, from the designers of gaming classics Final Fantasy V/VI/IX. D

Shy Ken Kaneki is thrilled to go on a date with the beautiful Rize. But it turns out that she’s only

The world of Fairy Tail is too big to be contained by one manga! From the pen of creator Hiro Mashim

One fateful day, all of humanity was petrified by a blinding flash of light. After several millennia