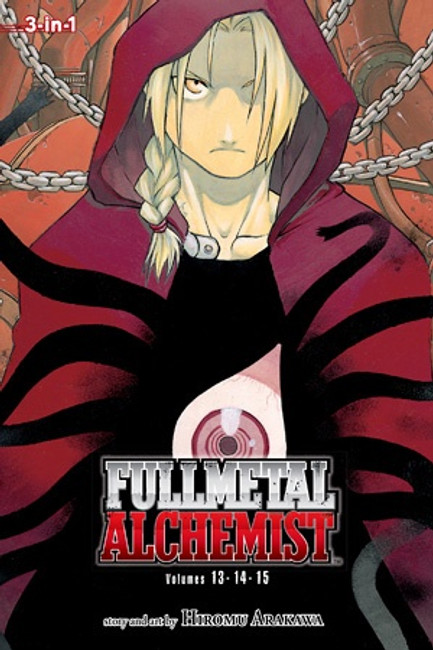 In the midst of heated battle, Ed, Envy and Prince Lin of Xing are swallowed whole by the homunculus Gluttony. When they finally escape, they find themselves face-to-face with the “father” of the homunculi, who offers Lin immortality as the new Greed. Meanwhile, Colonel Mustang learns the military’s corruption goes all the way to the top, and the truth of what really happened in the Ishbalan War is revealed.

Where did Alphonse Elric go during the few short minutes he was wiped from existence, body and soul?

Alchemy: the mystical power to alter the natural world, somewhere between magic, art and science. Wh

The Elric brothers head north to Fort Briggs in search of May Chang, whose Xing alchemy may contain

As the Day of Reckoning dawns, the Elric brothers, their father Hohenheim, and all of their allies b