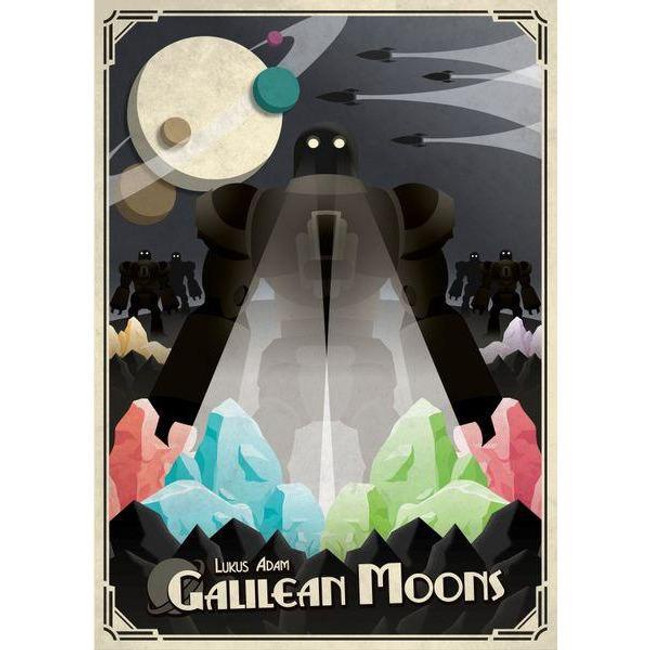 or make 4 interest-free payments of $21.23 NZD fortnightly with

Set in an alternate history of 1895, You must voyage to the four largest moons of Jupiter in order to mine powerful crystals Left behind from a mysterious meteor shower.
As you discover the power of each crystal you will be able to research new ways to fend off rival nations who are after the same thing you are.
You Must build your forces to control the sectors of each moon and mine the most crystals before its time for your journey home.

On a turn players will play cards from their hand to take an action on a matching moon sector.
They can invade a sector to gain control of it.
Mine a sector that they control to gain crystals.
Enforce a sector they control, making it harder for an opponent to invade.

The game ends once you have cycled through the deck of cards twice then you will calculate each players point value.
Points are scored for having sets of crystals, holding control of the different moons and for various research cards you may have acquired.

The first instalment of a magical adventure series that sees girls fighting evil! Usagi Tsukino is a

The magical adventure series that sees girls fighting evil. Usagi Tsukino is a normal girl until she

Usagi Tsukino is a normal girl until she meets up with Luna, a talking cat, who tells her that she i