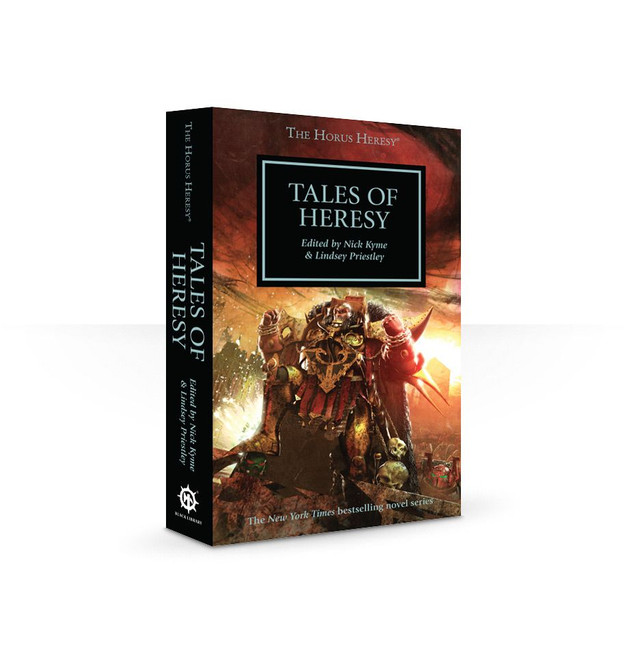 When Horus rebelled against the Emperor, the ensuing civil war nearly destroyed the Imperium. War raged across galaxy, resulting in a struggle where death was the only victor.

READ IT BECAUSE
Events from the Great Crusade and the early days of the Heresy are explored in a series of short stories covering the Space Wolves, Word Bearers, World Eaters, Dark Angels, Sisters of Silence, Custodian Guard... and the Emperor himself in a unique tale that will you have questioning all your assumptions about the Master of Mankind.

THE STORY
When Horus the Warmaster rebelled against the Emperor, the ensuing civil war nearly destroyed the Imperium. War raged across galaxy, pitting Astartes against their battle-brothers in a struggle where death was the only victor. But long before that, the Legions struggled with their identities and the demands of the Great Crusade. From battles with alien invaders to conflicts within a Legion, and even dealing with a wayward primarch, these stories show the battles fought as the Great Crusade draws to a close and the Horus Heresy begins...

This collection features stories of heroism and tragedy set during the Great Crusade and Horus Heresy:

Few sounds are as terrifying as the cacophony of hollering, clattering, and stomping that heralds th