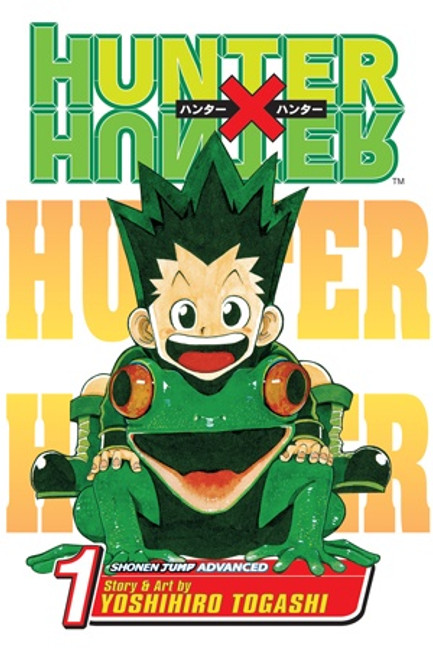 Gon might be a country boy, but he has high aspirations. Despite his Aunt Mito's protests, Gon decides to follow in his father's footsteps and become a legendary Hunter. The Hunter hopefuls begin their journey by storm-tossed ship, where Gon meets Leorio and Kurapika, the only other applicants who aren't devastated by bouts of seasickness.

Having survived the terrors of the high seas, Gon and his companions now have to prove their worth in a variety of tests in order to find the elusive Exam Hall. And once they get there, will they ever leave alive...?k.

Gon and his teammates have been challenged by a group of criminals hired by the Hunter Association.

Gon's new friend Killua may have run away from home, but that doesn't mean his family is willing to

The fourth exam rages on as the Hunter hopefuls try to gain points by stealing each other's badges.