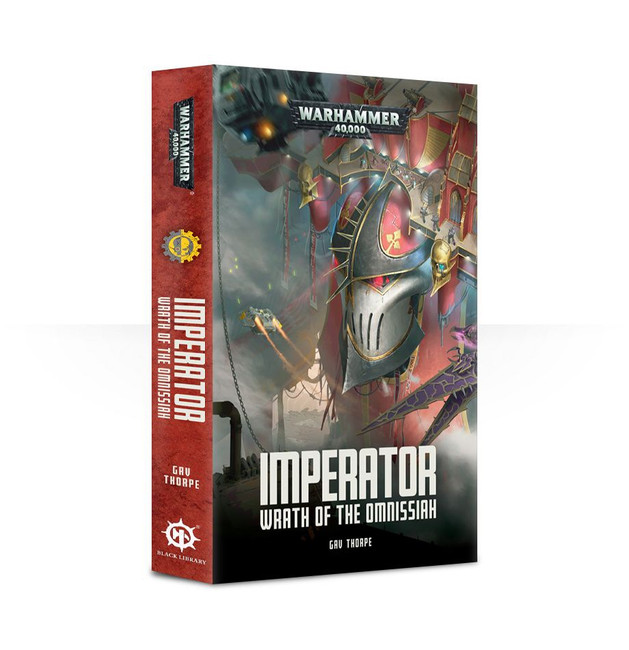 The Casus Belli, an Imperator Titan that has defended the Imperium for ten millennia, marches to war at the head of an army of Adeptus Mechanicus – but will treachery end the god-machine's long legacy of glory?

READ IT BECAUSE
The ultimate Imperial war machine – the mighty Imperator Titan – comes to the fore in a novel by Gav Thorpe, whose mastery of Titan fiction is absolute (just listen to Honour to the Dead to see what we mean…)

THE STORY
Holy warbringer of the Legio Metalica, the Imperator Titan Casus Belli has routed armies and levelled cities over ten thousand years of service in the name of the Machine God. As war engulfs the Dark Imperium this mechanical god of battle arrives to destroy the renegade armies and tech-priests of Nicomedua. At the head of a battlegroup of Titans, Imperial Knights and skitarii, Casus Belli must defeat tainted war engines, Traitor Legionnares and armies of cultists. While apocalyptic battles rage across the planet, a no less deadly battle unfolds within the Titan itself, as Magos Exasus, leader of the Casus Belli’s Tech-guard, must find and defeat the enemy within before their insidious plans come to fruition.