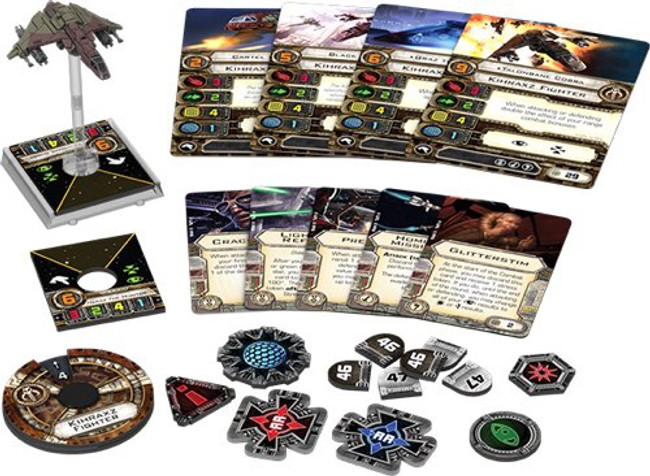 Modeled after Incom's popular X-wing starfighter, the versatile Kihraxz was developed specifically for the Black Sun crime syndicate, whose highly paid ace pilots demanded a nimble, powerful ship to match their skills. It arrives to X-Wing as a well-rounded, small-base, Scum and Villainy starship with three attack, two agility, four hull, and one shield. You gain one of these miniature starfighters in the Kihraxz Fighter Expansion Pack, carefully pre-painted and sculpted at the game's standard 1/270 scale. Additionally, the Kihraxz Fighter Expansion Pack comes with four ship cards, five upgrades, a maneuver dial, and all the tokens you need to fly this fighter into any battle in which the galaxy's Scum have a vested interest.e.

Stranger Things Attack of the Mind Flayer A bluffing game in the universe of the Netflix show! P

Professor Juniper guides new Pokémon Trainers as they begin their journey, and in the Pokémon TCG, h

A Warhammer 40,000 NovelIn a brief respite between wars, Gaunt's Ghosts find themselves facing a hid