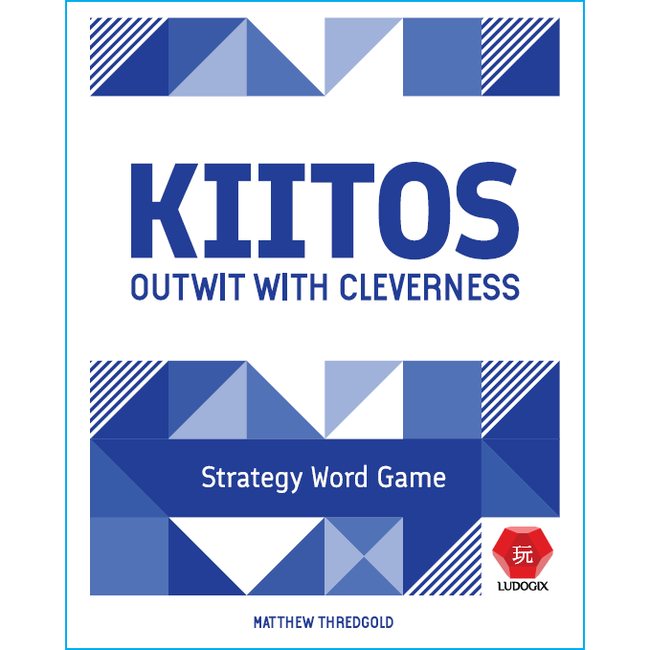 Kiitos is a fast-tempo, card-based word game with novel, simple rules and deep, emergent game play. Can you make a word with the letters in your hand, and what letters that may or may not be in your opponents’?

Players start by playing one letter of a word and saying a target word. Then subsequent players build up the target word, either playing the next letter if they can, or by changing the target word dynamically if it can’t be continued. Can your word be finished for positive points, or can you trap your opponent into not being able to play and force them to pick up the unfinished word for negative points? Can you outwit your player with cleverness? If your opponent finishes your word for you say “Kiitos”, the Finnish word for thank-you.

It’s a word game that feels somewhat like a trick-taking game, with a bit of deduction and bluffing. Lateral thinking and clever strategising are rewarded, sometimes. Luck can make or break your strategies. The target word can change 5 or more times just in the one hand.

Primarchs Book 5 Long before he brought Chaos and war to the Imperium, the primarch Lorgar was raise

Quiddler, the short word, game – is a breakthrough in word games. Because sh