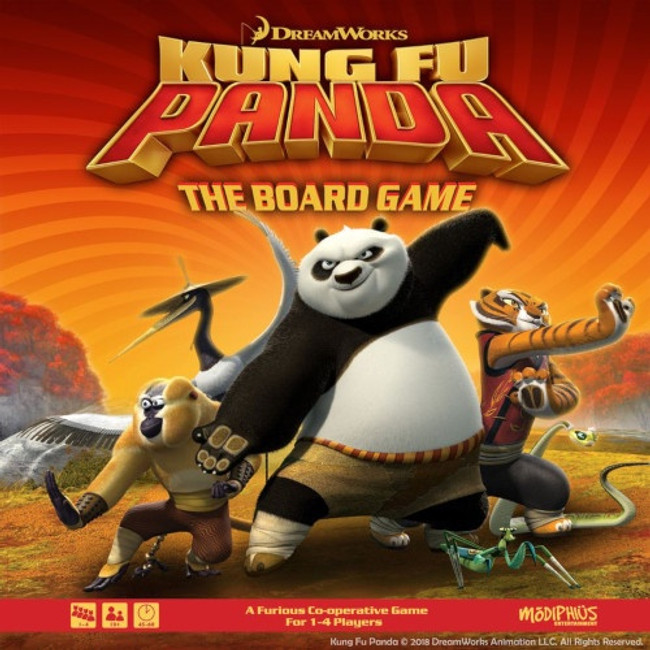 or make 4 interest-free payments of $28.98 NZD fortnightly with

In Kung Fu Panda: The Board Game, you play as either Po or one of the Furious Five (Tigress, Monkey, Mantis, Crane and Viper), with everyone working together to defeat Tai Lung and other villains from the Kung Fu Panda films and animated series through intense dice-rolling action. By defeating villains, completing quests and helping others, players will gain karma to upgrade their character's abilities and secure the use of legendary artifacts from Master Shifu with which to face even deadlier perils.

Each of the heroes in Kung Fu Panda: The Board Game will be represented by a custom miniature.

This colour will look fantastic on Skaven, Beastmen and any creature with fur on it. Allied with thi

Munchkin Fu won the Origins "Gamer's Choice Award" for the Best Card Game of 2003. How do you

Lately, it feels like we’re all just dinosaurs trying to avoid the falling meteors. In this game, yo

Necromunda is a world of mines, factories, refineries, and processing plants. The planet is a vast p

Attention Adventurers! Grab your dice and get ready to roll initiative as the game is afoot and it j

Make the right decisions to lead your civilization to prosperity! Lead one of the seven greatest cit

Form teams of two players each (max of 5 teams). Each team meets privately to come up with a non v