Monopoly: The Lord of the Rings 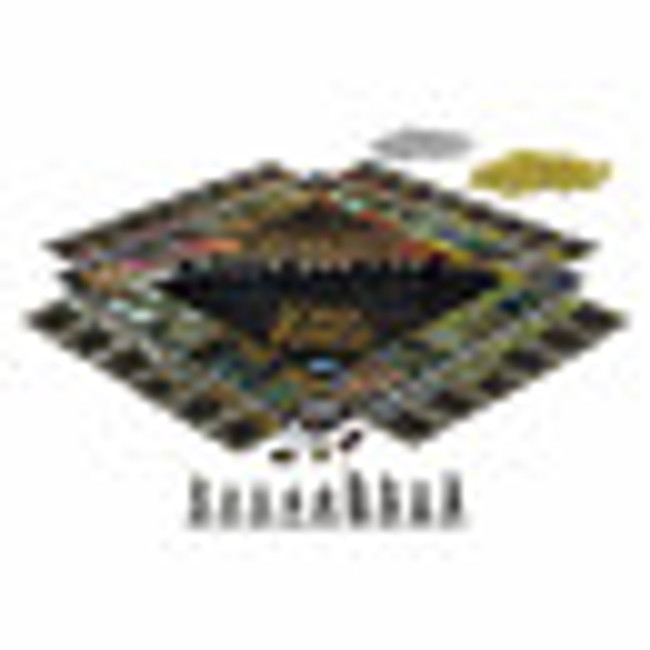 Monopoly: The Lord of the Rings

or make 4 interest-free payments of $18.73 NZD fortnightly with

In the Monopoly Board Game: The Lord of the Rings Edition players imagine being in Middle-earth as one of the Fellowship. Buy properties to protect the lands from the evil armies of Mordor, and earn money by charging rent and by controlling the Ring of Power. It's a fun thing to do while staying at home and makes a great gift for kids ages 8 and up.

The Hasbro, Hasbro Gaming, Parker Brothers, and Monopoly names and logos, the distinctive design of the gameboard, the four corner squares, the Mr. Monopoly name and character, as well as each of the distinctive elements of the board and playing pieces are trademarks of Hasbro for its property trading game and game equipment.

MONOPOLY GAME: THE LORD OF THE RINGS EDITION: Protect the lands of Middle-earth from the armies of Mordor with this Monopoly game inspired by The Lord of the Rings movie trilogy

RING OF POWER: Control the Ring and get special powers, but beware! The longer a player has the Ring, the more dangerous it becomes. Rolling the Eye of Sauron can make someone pay a heavy price

PATH TO MOUNT DOOM: The player who has the Ring also moves a Ring Tracker along a line of circles on the gameboard toward Mount Doom. Lose or give away the Ring and the Tracker moves back to Start

BOARD GAME FOR 2-6 PLAYERS: The Monopoly game makes a great birthday or holiday gift for kids ages 8 and up, and a fantastic choice for game night with the family

The Monopoly Brand Deal Card Game is all the fun of the Monopoly game in a quick-playing card game.

Build your hero team in MONOPOLY: MY HERO ACADEMIA!Make your way across the board choosing between C

Whooopah! It’s time to join the legendary friends, from one of TV’s best-loved sitcoms in Friends Mo

Get ready for an exciting quick-playing Monopoly card game! The Monopoly Bid game is a game of chanc