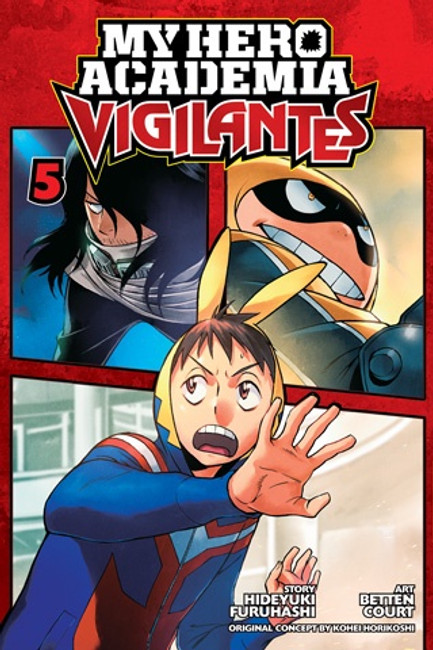 Disaster at the Marukane department store’s grand reopening was averted thanks to the efforts of Koichi, Pop Step and their band of low-end idols. But a greater calamity was prevented by the clash between Knuckleduster and Kuin Hachisuka, who was possessing Tamao, Knuckleduster’s own wayward daughter! In the end, Knuckleduster nearly had to kill Tamao to free her from the villainous entity possessing her. Now that he has achieved his goal and saved her, is Knuckleduster through with his life as a vigilante?

The sinister Hachisuka continues to haunt the Naruhata district, distributing the Quirk-boosting dru

When you’re not a licensed hero, sometimes you need all the help you can get. For Koichi, unexpecte

A villain incident when Aizawa was a student at U.A. changed him forever. Who could have known that

Pop has emerged as the new Queen Bee, her transformation forced upon her by the villainous Nomura, a