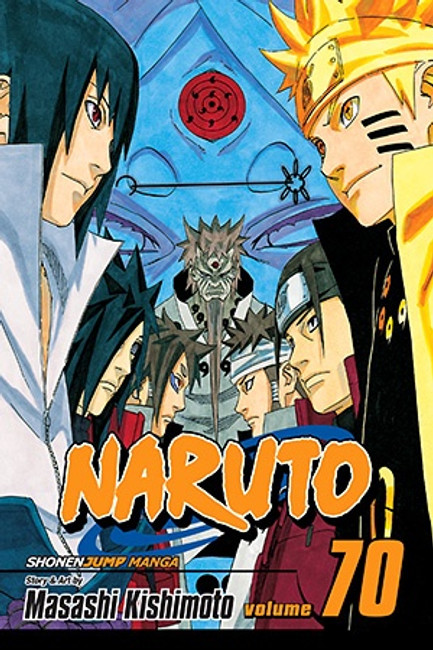 In order to face off against Madara and his newly acquired Six Paths power, Guy pulls out his most dangerous move. Guy has put his very life on the line, but is it enough against Madara? Meanwhile, as Naruto fights on the edge of death, he meets a special figure who may change the entire direction of the battle!

Twelve years ago the Village Hidden in the Leaves was attacked by a fearsome threat. A nine-tailed f

What does Sasuke’s older brother want with Naruto? As Jiraiya trains Naruto to push beyond his limit

Naruto and the Allied Shinobi Forces battle Kabuto’s hordes of reanimated ninja soldiers. In the pro