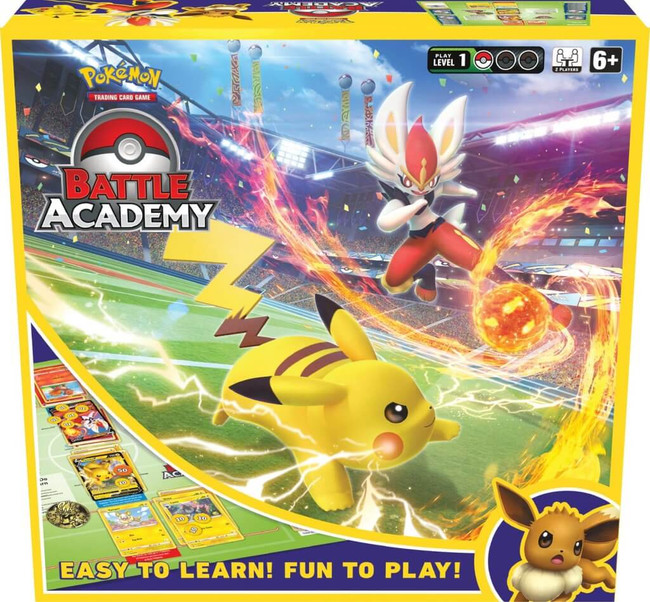 This line will be allocated.
Join the Pokémon Trainers at the Battle Academy!

Prepare for a Pokémon battle with the ready-to-play Pokémon Trading Card Game Battle Academy! The Battle Academy includes everything two players need to play, with guides to the decks so your first game is easy to follow.

You can choose Cinderace or Pikachu to lead your team in a heads-up battle against another Trainer. Then, switch up the decks to play Eevee against Cinderace or Pikachu, and lead a different team of Pokémon into the arena! With a little strategy and a little luck, you can battle with the best!

Everything You Need to Build a Powerful Deck! Turn your card collection into playable, fun, and winn

Enter the Pokémon Stadium—Ready for Battle! Build two decks from a powerful set of components—and th

POKÉMON TCG Holiday Calendar Ring In the Holidays—with Pokémon! Get in the holiday spirit with a Po

Over 175mm tall, the Adult White Dragon is an excellent addition to your miniatures collection. Scul

Annihilators charge with the impact of a falling star, crashing into their opponents with enough for

Many Shambling Undead teams set up their games in graveyards. Necromancers like the company of the d

Release Date 31st July 2021   Dauntless warriors of the Redeemer conclaves, the Vindictors are the s