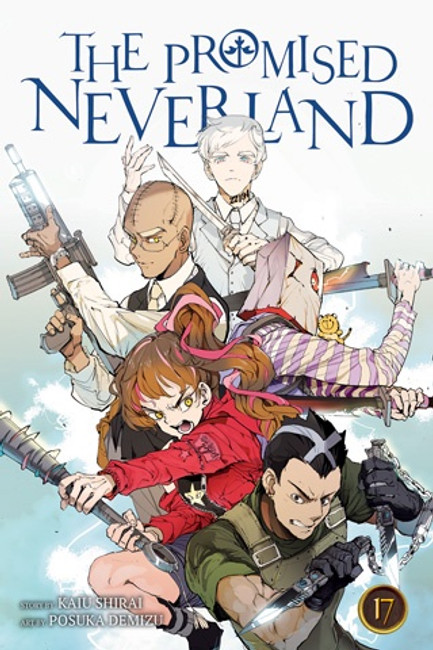 Norman sets in motion his plan to wipe out the demons as he leads his army into the demon capital. But he’ll need all of his cunning and trickery to have any hope of defeating the most powerful demons in the kingdom, including the queen. Meanwhile, Emma and the other children race to the capital to stop Norman before it’s too late!

Behind the facade of a happy orphanage, the children of Grace Field House are secretly being raised

Emma and her new allies have successfully taken down many of the demons of Goldy Pond. The last one

As Grace Field House goes up in flames, Emma and the other children make their run for freedom. With

In order to save a dying family member, Emma leads a small group of children into a demon farm in or

While attempting to locate the Seven Walls, Emma and Ray find themselves trapped in a mysterious wor