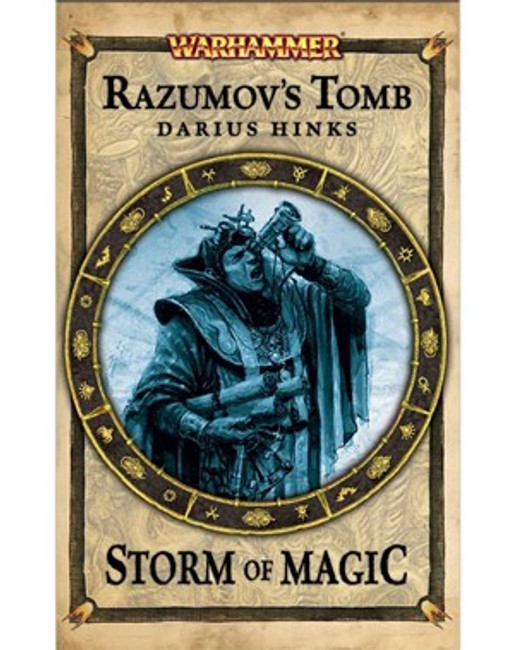 or make 4 interest-free payments of $2.55 NZD fortnightly with

As the Chaos moon of Morrslieb veers wildly off course, the Old World is wracked by a series of bizarre plagues. From a lofty spire of the Celestial College, the Empire's Grand Astromancer, Caspar Vyborg, scours the heavens for an explanation, seeking guidance in the stars. But as the Empire sinks further into madness and violence, his order is forced to search stranger places than the night sky - the investigation leads them to the grave of a long-dead sorcerer named Razumov and an ancient, half-remembered prophecy. Caspar decides that his only hope is to complete the dark rituals that killed Razumov centuries earlier, but as Morrslieb waxes full and ferocious magical storms begin to tear the very fabric of reality, Caspar learns the true, terrible nature of Razumov's tomb.

Dare to defy death in this adventure for the world’s greatest roleplaying game. The talk of the stre

The deadliest dungeon in the D&D® world returns!For generations, the Tomb of Horrors™ has held a

The Tomb Blade has a curious motion for a craft of its design, eschewing the arrow-straight attack v

Tomb Banshees are apparitions of revenge and retribution. For countless lifetimes, these fell spirit