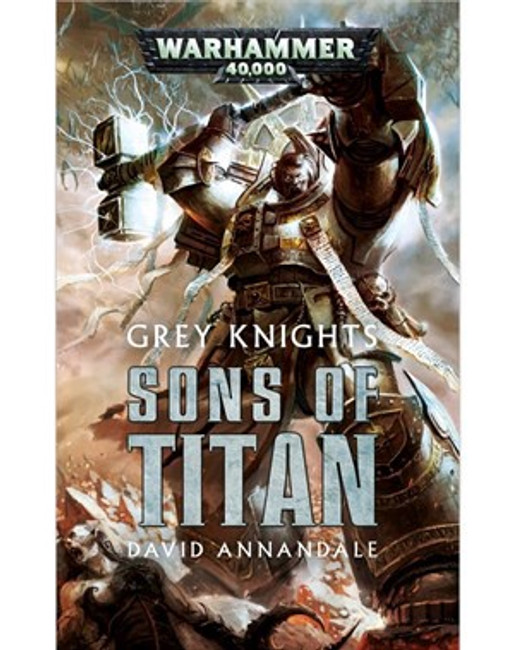 From the war-torn Sanctus Reach to the Realm of Chaos itself, Grey Knights Squad Styre battles their daemonic foe across four tales of incredible adventure and heroic sacrifice.

READ IT BECAUSE
Grey Knights appear when they're needed, seeming to those who see them like immortal heroes... but they're mortal, and constant battle will wear them down. That's what we see here as Squad Styre are thrown into battle after battle with no rest, from the Sanctus Reach to the Realm of Chaos itself as they are pursued by one of the greatest of Nurgle's daemons, Ku'gath Plaguefather, warp-bent on revenge...

Sons of Ellyrion Ulthuan is a land at the verge of destruction. At Lothern, a fell army marches aga

SMB: Sons of Wrath A5 HC

Sons of Wrath A Space Marine Battles novellaFormed in the aftermath of the Horus Heresy, the Flesh

Alpha Legion: Sons of the Hydra

Wreathed in warpfire and imbued with boundless empyric energy, the Thousand Sons are the favoured mo

An Adeptus Titanicus novel The Casus Belli, an Imperator Titan that has defended the Imperium for te

With tyranid hive fleets approaching, the Carcharodons make a stand on the world of Piety V. If they

Cult of the Spiral Dawn

Fall of Macharius  Macharius comes to Loki. Brought to the edge of the known galaxy, thrust into a