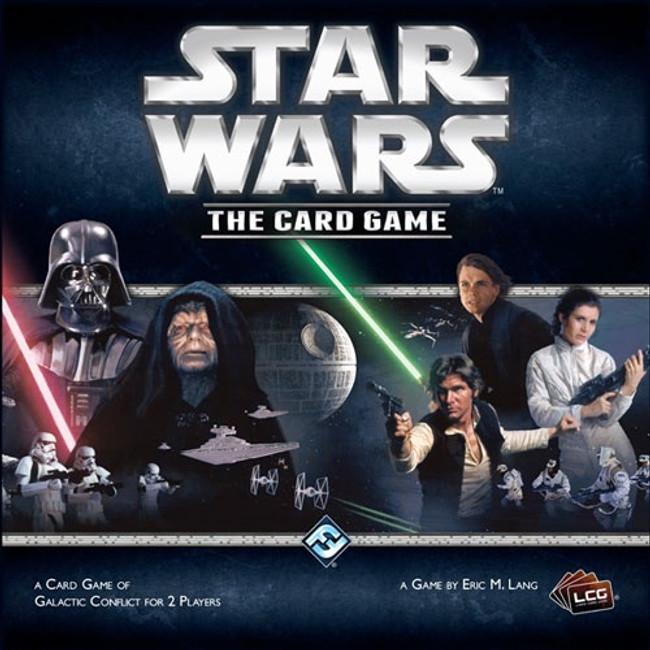 or make 4 interest-free payments of $18.73 NZD fortnightly with

The characters, starships, and situations of the original Star Wars trilogy come to life in Star Wars: The Card Game, a head-to-head Living Card Game of tactical combat and strategic planning that allows two players to wage cinematic combats between the light and dark sides of the Force.

Command such legendary characters as Luke Skywalker, Han Solo, Leia Organa, Boba Fett, and Darth Vader. Launch strategic assaults against your opponent's objectives. Tempt fate in thrilling edge battles. Seek to make an ally of the Force or master its power for your own purposes.
2 Players
Ages 10 to adult
30-60 minutes playing time.
×

"When you play the game of thrones, you win or you die. There is no middle ground." -Cersei Lanniste

Enter the world of Robert Kirkman's The Walking Dead! Become a player and take on the role of a surv

Bears vs Babies is a card game in which you build handsome, incredible monsters who go to war with h

SET - The Family Game of Visual

Gather your friends and prepare for adventure in the Star Wars galaxy! Whether you're new to rolepla

The situations in which characters in Star Wars: Edge of the Empire find themselves are rarely simpl

Architects of the West Kingdom