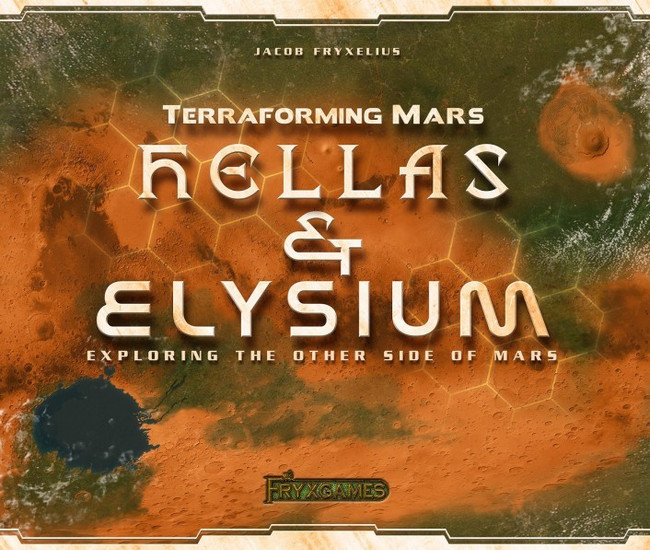 Terraforming Mars: Hellas & Elysium, the first expansion for the 2016 smash-hit Terraforming Mars, consists of a double-sided game board representing two new areas of Mars: Hellas, which includes Mars' south polar region; Elysium, which is on the opposite side of Mars' equator.
Each of these maps consists of new sets of milestones and awards with relevance for that particular map.
As examples, place three tiles around the south pole to be a Polar Explorer, or race to have the most estates beside water on Elysium!

Product Description As the mega corporations are getting ready to start the terraforming process, yo

Terraforming Mars: Ares Expedition is an engine-building game in which players control interplanetar

Product Description   Turmoil, the fifth expansion to Terraforming Mars, takes players back to