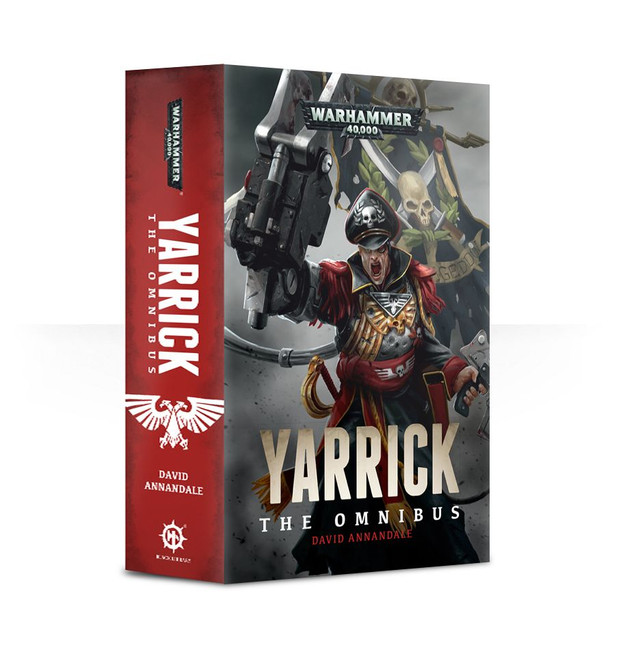 Before he was a legend, Commissar Yarrick was already a hero, as you'll discover in this omnibus of two novels, a novella and six short stories set across his life and career.

READ IT BECAUSE
It's David Annandale's entire body of work about the heroic commissar, going from his earliest challenges to the devastating Battle for Armageddon where he rose to fame in the face of disaster.

THE STORY
Yarrick: once just a name, but now a legend, forged from the blood of the Imperium’s enemies. Time after time, Commissar Sebastian Yarrick has fearlessly led Imperial forces to victory beneath black banners of vengeance, even when defeat seemed inevitable. From his early campaigns as a newly blooded officer from the schola progenium ranks, to the brutal battles of the Second and Third Wars for Armageddon, one thing has never changed: Yarrick will not fail. No world will fall to Chaos, heresy or xenos while under his protection. This gripping omnibus contains all of author David Annandale's stories about the famed commissar, and includes two novels – Imperial Creed and The Pyres of Armageddon – along with the novella Chains of Golgotha and six short stories, each revealing the bloody battles that helped forge a legend.

A Necromunda Omnibus Meet Kal Jerico: rogue, bounty hunter and swashbuckler in the towering urban he

Yarrick: The Pyrs of Armageddon