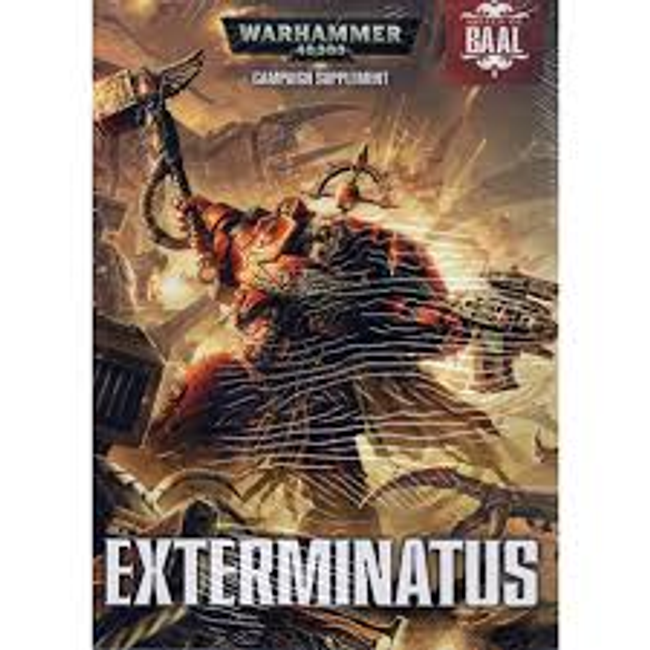 or make 4 interest-free payments of $36.50 NZD fortnightly with

Shield of Baal: Exterminatus is a campaign supplement for the Seventh Edition of Warhammer 40,000. It follows the Shield of Baal campaign.

Describing the final acts of war in the Cryptus system, the Shield of Baal series reaches its epic conclusion with the release of Shield of Baal: Exterminatus. Led by Chapter Master Dante, the forces of the Blood Angels stand against the assault of Hive Fleet Leviathan. Allied with the Adepta Sororitas, Imperial Guard, Flesh Tearers Space Marines and Necrons (yes, the Necrons!), the Blood Angels put their lives on the line in this earth-shattering finale.

A battlefield isn't complete without some objectives to fight over. These six objectives are Imperia

The Tau Empire has invaded Prefectia with an unprecedented display of force, intending to harness th