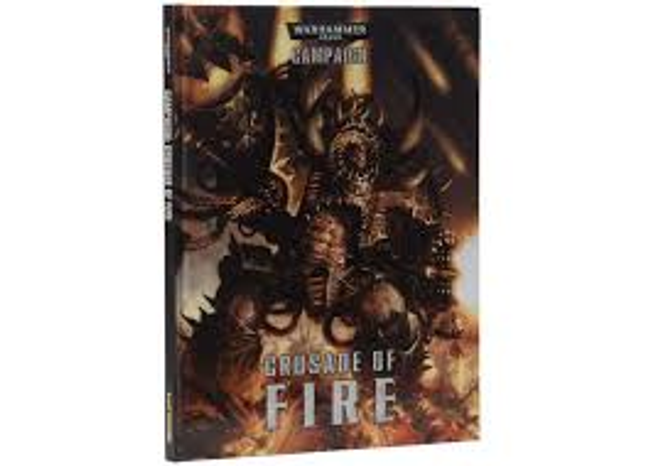 or make 4 interest-free payments of $20.00 NZD fortnightly with

Crusade of Fire is a campaign system for Warhammer 40,000 that enables you to join the campaign to control the Corvus Sub-sector. Whether you choose to join the Crusade of Fire itself, the foul Servants of Ruin or the bloodthirsty Prophets of War, the fate of the sub-sector lies in your hands.

This 96-page, full-colour hardcover book features fantastic artwork and a host of dynamic new rules. As well as the campaign system itself, the book contains rules that can be used in any Warhammer 40,000 game, from massive multi-player scenarios fought in low-gravity environments or in bunkers deep below the ground, to expanded rules for Flyers. It also features rules for playing games in the gladiatorial arenas of Commorragh as well as for fighting battles on the surface of a Daemon World.

There is no time for peace. No forgiveness. No respite. There is only war. After more than forty tho