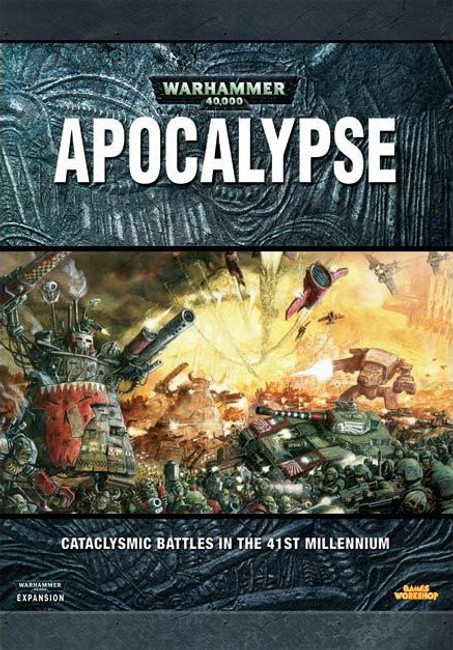 or make 4 interest-free payments of $28.88 NZD fortnightly with

Warhammer 40,000: Apocalypse is an expansion for Games Workshop's Warhammer 40,000 table top wargame introduced in 2007 for the 4th Edition of the game. The original rules of Warhammer 40,000 are designed for games between 1000 and 2000 points, with the Force Organisation Chart making games with larger points values difficult to play. In response to player comments, Apocalypse was created to allow 3000+ point games to be played. For example, players can now field an entire company of Space Marines rather than the single detachment typically employed in a standard game. Apocalypse also contains rules for fielding Titans and other super-heavy units that would completely unbalance a "traditional" Warhammer 40K game.