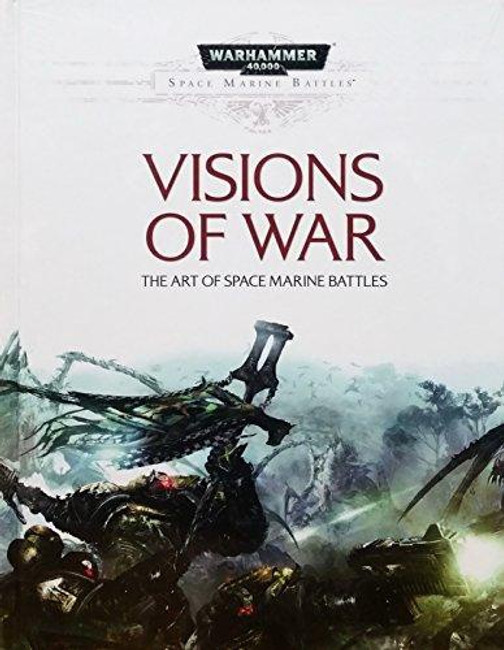 or make 4 interest-free payments of $18.75 NZD fortnightly with

Visions of War is a lavish, full-colour hardback book with 128 pages of art, including close-crops of key scenes and characters, and huge gatefolds, Visions of War shows off the art of Space Marine Battles like never before. What's more, extracts and quotes pulled from the books sit alongside to provide an atmospheric read. Heloth is a Scythes of the Emperor story from L J Goulding that tells the tale of the dramatic final battle of the Chapter's Second Company. Additionally, the White Scars tale The Thrill of the Hunt from Anthony Reynolds follows the sons of Chogoris as they unleash their blistering fury against the alien eldar. Visions of War brings together images from the covers of many Space Marine Battles titles, as well as a selection of the best internal illustrations. It showcases even more of the panoramic spreads normally hidden away beneath text, under spines or even behind printed flaps. Resplendent in full colour and with multi-page gatefolds, Visions of War is a lavish artefact that celebrates some of the best Warhammer 40,000 art ever commissioned.

A Warhammer 40,000 graphic novelInquisitor Defay and his acolyte Gravier investigate the infernal on