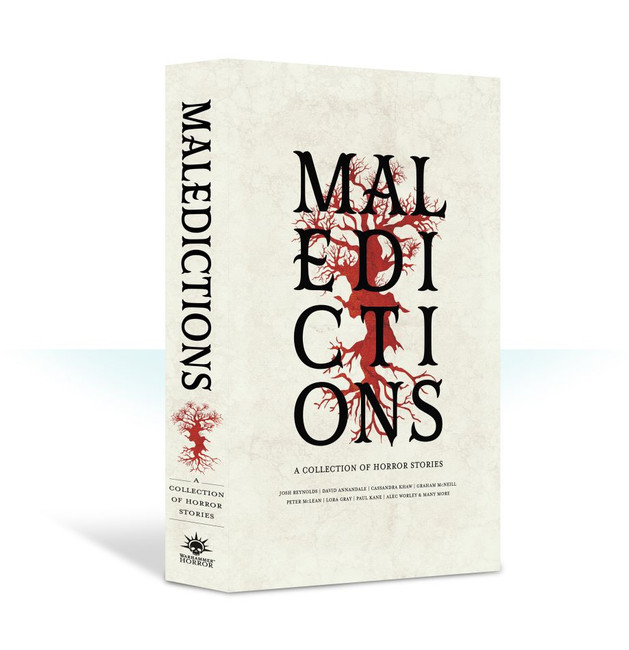 Eleven stories from the worlds of Warhammer explore the darker side of the 41st Millennium and the Mortal Realms, with tales of psychological torment, visceral horror and the supernatural from Black Library authors old and new.

READ IT BECAUSE
It's a spine-chilling look into the dark places of the Warhammer universes, from some incredible talent, including a host of new-to-Black Library authors such as Cassandra Khaw and Lora Gray.

DESCRIPTION
Horror is no stranger to the dark worlds of Warhammer. Its very fabric is infested with the arcane, the strange and the downright terrifying. From the cold vastness of the 41st Millennium to the creeping evil at large in the Mortal Realms, this anthology of short stories explores the sinister side of Warhammer in a way it never has been before. Psychological torment, visceral horrors, harrowing tales of the supernatural and the nightmares buried within, this collection brings together a grim host of tales to chill the very blood…

CONTENTS
Nepenthe by Cassandra Khaw
The Widow Tide by Richard Strachan
No Good Deed by Graham McNeill
Crimson Snow by Lora Gray
Last of the Blood by C L Werner
Predation of the Eagle by Peter McLean
The Last Ascension of Dominic Seroff by David Annandale
Triggers by Paul Kane
A Darksome Place by Josh Reynolds
The Marauder Lives by J.C. Stearns
The Nothings by Alec Worley

A Warhammer Horror novel Three travellers are drawn to the Reverie, the wound in the world of the An

Release Date 31st July 2021   A Warhammer 40,000 novelDrawn to a stricken world, the Ultramarines of

BL2647 The Wicked and the Damned PB

Legacy of Caliban: The Omnibus

Legacy of Caliban A Warhammer 40,000 omnibus The Dark Angels' eternal hunt for the Fallen embroils