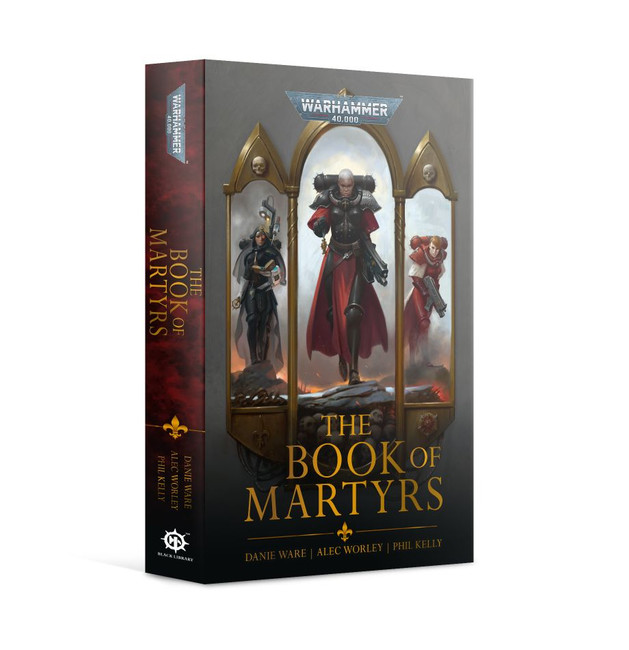 An Adepta Sororitas novella anthologyTo die in the name of the God-Emperor of Mankind is to live eternal, and none are more willing to bleed in His name than the Adepta Sororitas – the Sisters of Battle. The Book of Martyrs charts the deaths of these exemplars.READ IT BECAUSEDiscover the true nature of faith through the eyes of three of the God-Emperor's most devoted servants.THE STORYSister Ishani of the Orders Hospitaller, serving alongside the death-obsessed Valorous Heart, tends to her Ecclesiarchy charges as something inhuman hunts the fields. Sister Anarchia of the Order of Our Martyred Lady, taken captive by the vile T’au Empire, seeks to teach her interrogators what it truly means to be one of the faithful. On a regressed Imperial world, Sister Superior Laurelyn of the Order of the Bloody Rose reinforces the beleaguered defenders against a familiar foe turned anew by the Great Rift.Consists of the following novellas:- The Martyrdom of Sister Ishani, by Alec Worley- The Martyrdom of Sister Anarchia, by Phil Kelly- The Martyrdom of Sister Layrelyn, by Danie Ware

Release Date 20th August 2022 A Sabbat Worlds novelFollowing on from Urdesh: The Serpent and the Sai