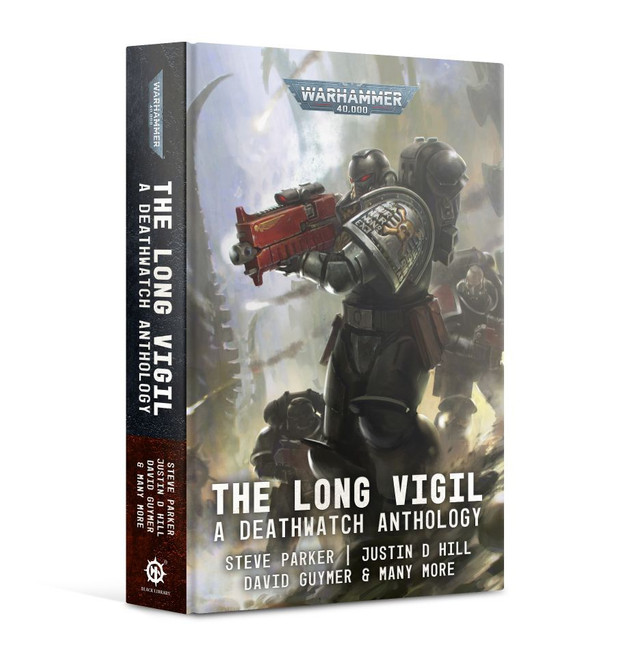 The Deathwatch are humanity's foremost weapon against the xenos hordes that threaten the Imperium. In this collection, you'll experience tales of their heroism and bravery in the face of terrifying alien enemies, written by some of Black Library's finest authors.

READ IT BECAUSE
Encounter all-action tales of alien-killing from a variety of authors in an anthology that showcases the Deathwatch at their very best.

DESCRIPTION
It is humanity’s darkest hour. From Imperium Nihilus to Segmentum Pacificus, the vile xenos hordes swell. If left unchecked, these depraved beasts will savage the Imperium like scavengers upon a carcass.

Only the Adeptus Astartes of the Deathwatch stand defiant before them. They are the Shield that Slays, the watchmen of the void that guard the Emperor of Mankind’s realms from terrors unimaginable. Between them, this noble brotherhood will keep the light of the Imperium burning until the stars themselves extinguish.

CONTENTS
Messiah Complex by Steve Parker
The Shadow of the Saints by Ben Counter
The Crueltymaker's Kingdom by Marc Collins
The Nihilus Edge by Justin D. Hill
Sorrowcrown by Nicholas Wolf
Awakened by Sarah Cawkwell
Brother to Dishonour by David Guymer
The Last Word by Phil Kelly
Entombed by Andy Clark

The Armour of Contempt HC