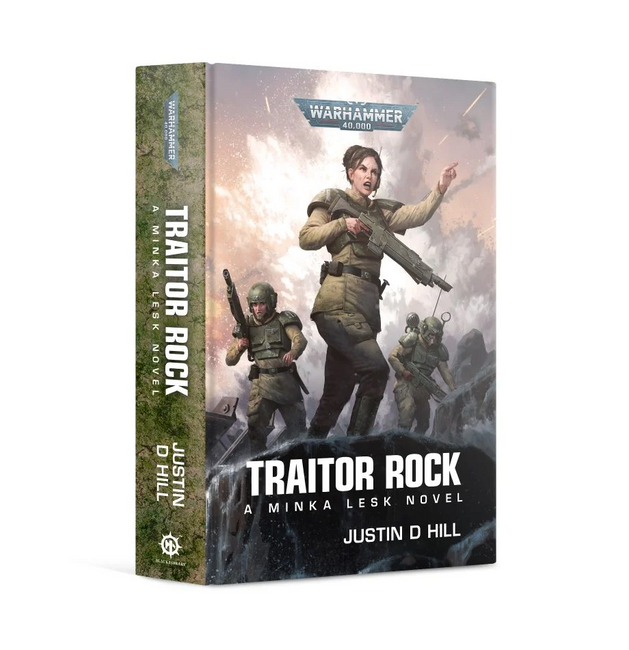 Book 3 of the Cadian seriesThe second book of the Minka Lesk story arc follows on from the story started in Cadian Honour.READ IT BECAUSEThe Cadian 101st, led by Minka Lesk, is taking the fight to the traitors on Malouri. Will their faith and pride keep them fighting or will the meat-grinder siege break them down?DESCRIPTIONCadia, ten thousand years a stalwart bastion against Chaos, is broken. Its collapse at the hands of Abaddon and the Thirteenth Black Crusade has fractured the Imperium of Man, and in its wake spreads the seeds of heresy, lies, and insurrection. It falls to Cadia’s survivors to fight on, bloodied but unyielding, in the name of the Emperor.On the world of Malouri, traitorous forces have retreated to the impregnable island fortress of Crannog Mons. After years of stalemate warfare, the task of breaking the siege is given to Minka Lesk and the Cadian 101st, who find themselves fighting a meat-grinder mission that threatens to devour them. In the midst of slaughter, sacrifice, and brutal attrition, a question must be answered: what does it mean to be Cadian in a galaxy without Cadia?

HH: Blades of the Traitor A5 HC

Quick Reads The Horus Heresy: Blades of the Traitor Across the war-torn galaxy, those sworn to Horu

When the Warmaster turned against the Emperor of Mankind, dragging the Imperium into civil war, the