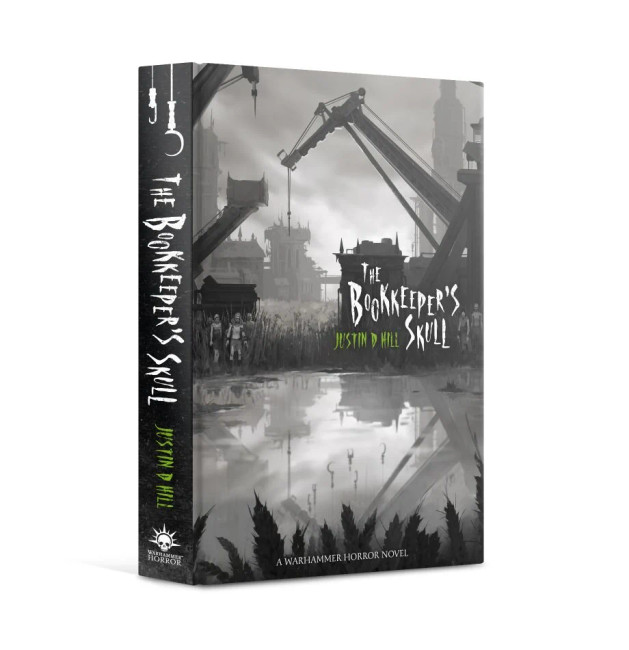 A Warhammer Horror StoryFollow in the footsteps of Rudgard Howe, an enforcer cadet who, while on their first mission, and embroiled in an embittered succession battle back home, uncovers a heinous sanguinary cult...READ IT BECAUSEIn the grim darkness of the far future, horror lies in the most unlikely of places, as a routine investigation becomes something all the more sinister.THE STORYOn the captital world of Potence, young enforcer cadet Rudgard Howe is caught up in a bitter internecine feud to inherit his father's position of Chief Enforcer. As the tithe fleets approach, he is sent on his first mission to ensure that the planet's distant agri-facilities fulfil their quotas to the God-Emperor. Farmed with serfs and managed by ex-Militarum soldiers, the agri-facilities are places of shocking brutality and hopelessness. But when he is sent to the outlying farmstead of Thorsarbour, Rudgard discovers a community where the crops are left to rot as the inhabitants indulge in the bloody ecstasy of a sanguinary cult. As Rudgard imposes the strict Lex Imperialis upon the farmstead, he begins to uncover a place where sanity is rapidly slipping. Just a single step into his nightmarish mission though, a series of cruel deaths threatens to dismantle everything he has ever known about the Imperium, his faith in the Emperor, and the strength of his very soul.Written by Justin D Hill

A Warhammer Age of Sigmar Novel In the untamed wilds of Ghur, darkness is rising. Rival warbands bat