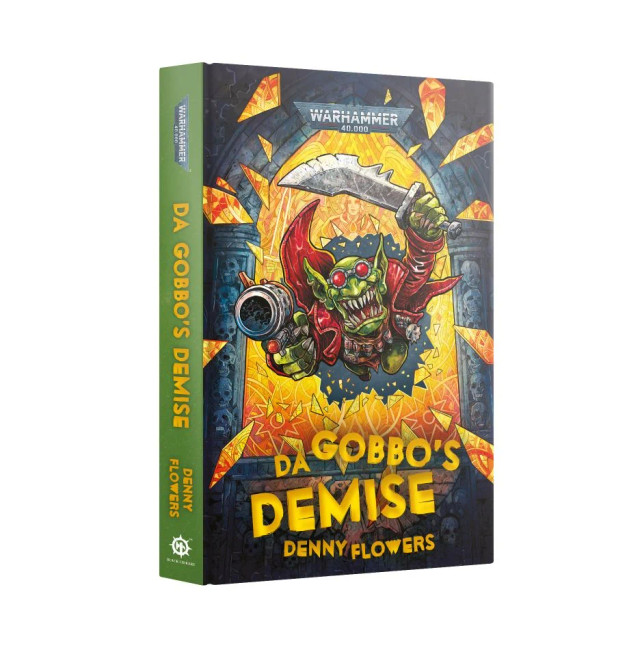 Da Red Gobbo swoops in to lead a lost group of grots, much to the chagrin of one ambitious grot who hoped to win glory for himself.

READ IT BECAUSE
It’s a fascinating look into the mindset of greenskin culture from the perspective of a lowly grot, and featuring one of the most beloved characters in all of grotdom.

THE STORY
Redsnot was once Runtherd Killaskun's least-worst grot, a position held by guile and treachery. But now Killaskun lies dead, and the leaderless herd are poised to tear each other apart. Besieged on all sides by bloodthirsty worshippers of the Dark Gods, only one grot can rally the cowering runts to victory. And that grot should have been Redsnot.

Instead, in swooped Da Red Gobbo, greatest hero of grot-kind, and the runts fell in behind the git like simpering pups. But Redsnot is patient. He knows that when bullets start flying, all sorts of unfortunate accidents can happen, and even Da Red Gobbo is susceptible to a knife in the back...

Twas the month before Christmas, when all through da Waaagh!, not a creature was stirring, not even