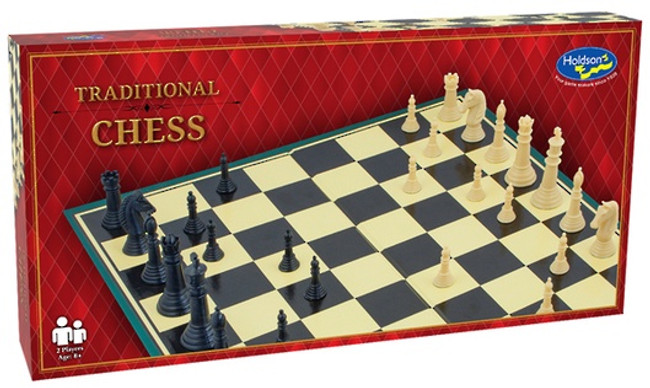 View Details
Chess is one of the most popular games in the world, played by millions of people worldwide at home and in clubs. Both players controls sixteen pieces. The object of the game is to checkmate the opponent's king, whereby the king is under immediate attack and there is no way to remove or defend it from attack on the next move. Age 10+ years. 2 players. Made In New Zealand.
×