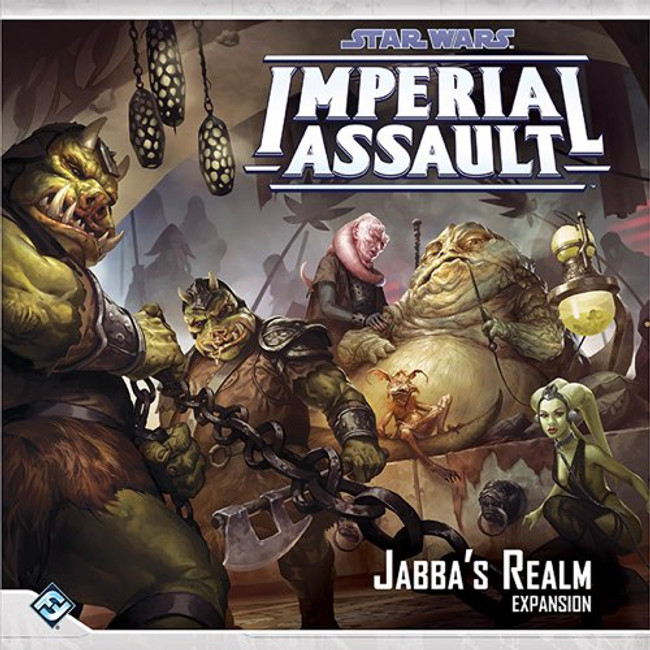 or make 4 interest-free payments of $29.25 NZD fortnightly with

Jabba’s Realm is a new expansion for Imperial Assault offering a wealth of new content. You’ll find an entirely new full-length campaign that challenges you to survive among the criminal underworld of Tatooine, even as new skirmish missions invite you to battle your opponent forvictory. Eighteen new double-sided map tiles evoke the opening scenes of Return of the Jedi, while sixteen brand-new plastic figures offerwarriors for the Imperials, Rebels, and Mercenaries. With characters like Jabba the Hutt, the Rancor, and Luke Skywalker as a Jedi Knight joining the game, this expansion draws you into the Star Wars saga like neve rbefore.