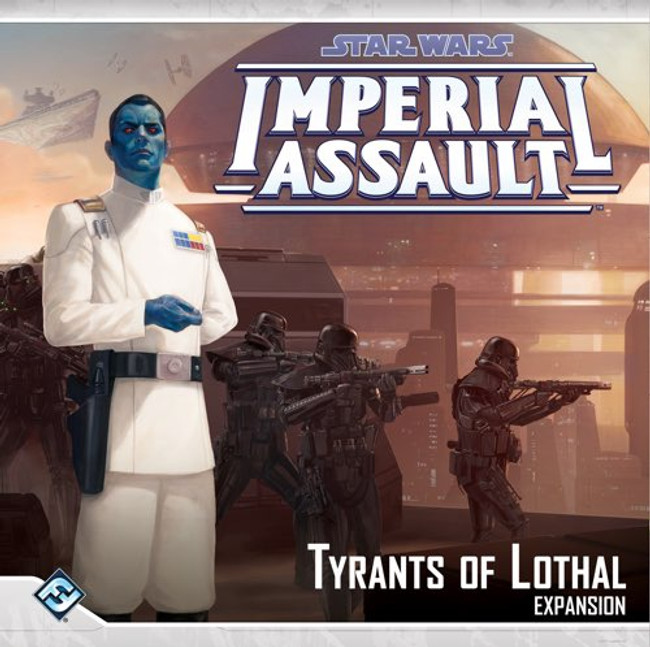 or make 4 interest-free payments of $20.98 NZD fortnightly with

Fantasy Flight Games is proud to announce Tyrants of Lothal, A new expansion for Imperial Assault!

Tyrants of Lothal introduces new heroes, enemies, allies, map tiles  and a six part mini-campaign that can be played on its own or inserted into another campaign. Join the crew of the Ghost from Star Wars Rebels and fight against Grand Admiral Thrawn, Hondo Ohnaka, and the Tyrants of Lothal! Or pit them against each other with new characters ready to enter your skirmish battles!