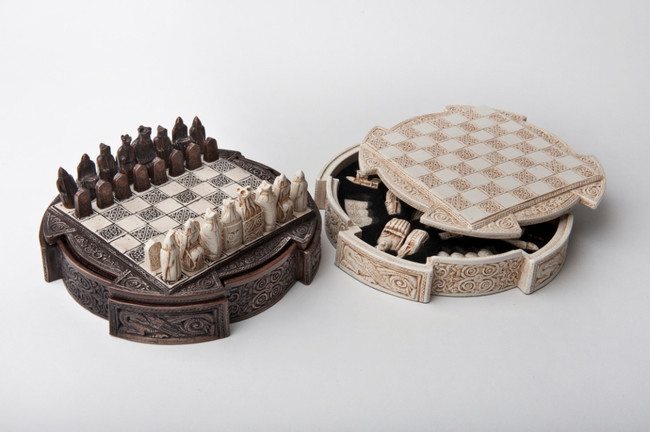 or make 4 interest-free payments of $52.50 NZD fortnightly with

An Isle of Lewis Chess Set is ideal for those interested in both the Historical Beginnings of Modern Day Chess as well as acquiring a most distinctive and majestic Chess Set that will undoubtedly achieve Heirloom status.

These Ancient Norse Chess Pieces, dating back approx 1150 AD, were discovered in 1831 on the Scottish Outer Hebrides Isle of Lewis. Aptly named Isle of Lewis Chessmen, they are one of the few surviving examples of Medieval Chess Sets in the world. Of the 78 Chessmen found, 82 belong to the British Museum and the remaining 11 belong to the National Museums Scotland.

From Berkeley Chess, England: Berkeley’s skilled craftsmen have interpreted the iconic Isle of Lewis Chessmen to produce a magnificent chess set which exemplifies the majesty of these original sculptures.

From the vast universe of Marvel comics comes your favorite defenders of good and evil, standing in

Citadel Dry Compounds are of a thicker consistency than other Citadel paints, which makes them perfe

97-45 Daemons of Tzeentch The Changeling

None recognise the presence of the Daemon known as the Changeling before it is too late. A master of

Annihilators charge with the impact of a falling star, crashing into their opponents with enough for

CLUE, the classic murder mystery game. Six suspects. One murderer. One weapon. One location. And, of

The Soul Wars are over, but a new conflict brews in the Realm of Beasts.It is a time of great change