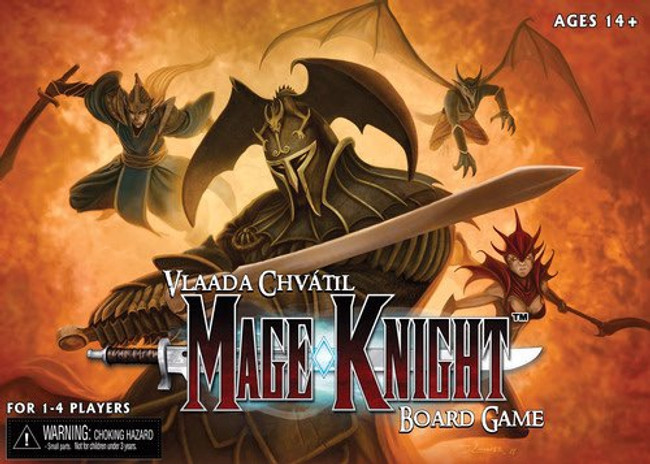 or make 4 interest-free payments of $41.48 NZD fortnightly with

The Mage Knight board game puts you in control of one of four powerful Mage Knights as you explore (and conquer) a corner of the Mage Knight universe under the control of the Atlantean Empire. Build your army, fill your deck with powerful spells and actions, explore caves and dungeons, and eventually conquer powerful cities controlled by this once-great faction! In competitive scenarios, opposing players may be powerful allies, but only one will be able to claim the land as their own. In cooperative scenarios, the players win or lose as a group. Solo rules are also included.

Combining elements of RPGs, deckbuilding, and traditional board games the Mage Knight board game captures the rich history of the Mage Knight universe in a self-contained gaming experience...
1-4 players
Ages 12 to adult
2-3 hours playing time
×

Dominus-class Knights are among the largest available to any Knight house. These walking fortresses

Dominations: Road to Civilization is a 2–4 player game by Olivier Melison and Eric Dubus. In this do

Founders of Gloomhaven is a competitive tile-placement, action-selection, city-building game in wh