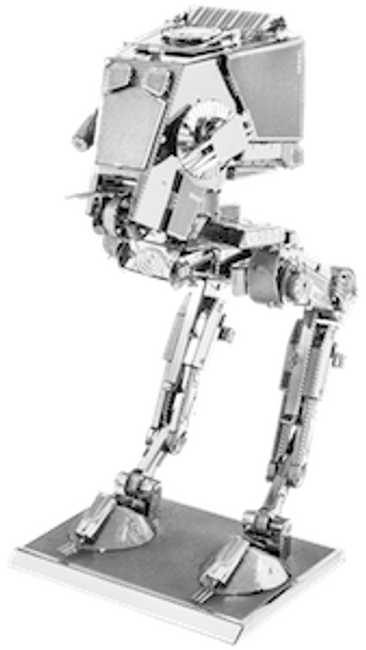 While not as imposing as its larger AT-AT walker cousin, the AT-ST nonetheless served as a significant addition to the Imperial side of battlefields in the Galactic Civil War.

The two-legged transport, dubbed the scout walker by many, serves as a reconnaissance and patrol vehicle, often flanking approaching AT-ATs and mopping up infantry that sneaks past the larger walkers.

A legendary starship despite its humble origins and deceptively dilapidated exterior, the Millennium

All Terrain Armored Transports, or AT-AT’s for short. They first appear in the Empire Strikes Back.