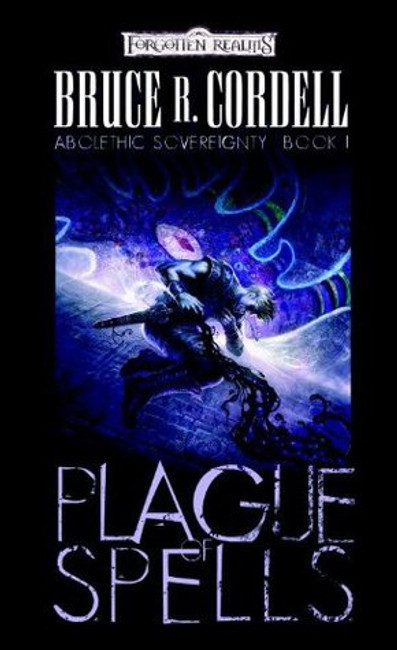 Blue fire sears the face of Faerûn, leaving the twisted and mutilated dead in its wake. But a rare few escape death--and suffer some mystical mutation. Raidon Kane is one of those who survives, the wake of blue fire burning the sigil of the amulet he wears into his chest and binding him with all the power and responsibility it entails. With everyone he knows and cares about dead, Raidon must find within himself the strength to lead the fight against the rise of an elder evil the likes of which would be the end of mortal kind.

Award-winning game designer Bruce R. Cordell depicts the rise of a monstrous nation of elder evil as only he can in this brand-new trilogy Abolethic Sovereignty. Dedicated to showcasing one of the most fascinating new aspects of the changed face of Faerûn, this trilogy is packed with the exciting battles, wizardry, and monsters that are the hallmark of Forgotten Realms novels as well as introducing a new never-before-seen element of Lovecraftian horror to Faerûn.

Wulfsburg is an expansion for the Zombicide: Black Plague board game. Explore new ways to hunt zombi

Hallowed Knights: Plague Garden A Warhammer Age of Sigmar novel During the greatest battles of the