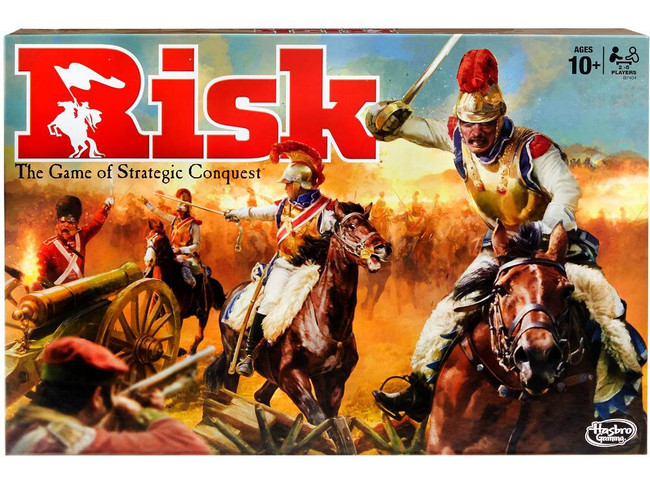 or make 4 interest-free payments of $19.98 NZD fortnightly with

It's a game of alliances, betrayal, and surprise attacks because on the Risk game battlefield, anything goes. Players begin with a set of army figures and place them strategically throughout the map in order to occupy those territories. Players then try to conquer each other's territories by invading and engaging in battles. Depending on the roll of the dice, players will either defeat the enemy or be defeated. The player who eliminates all of their opponents and occupies every territory wins the game

Battle for treasure on the high seas! What a great way to introduce kids to the iconic Risk brand. T