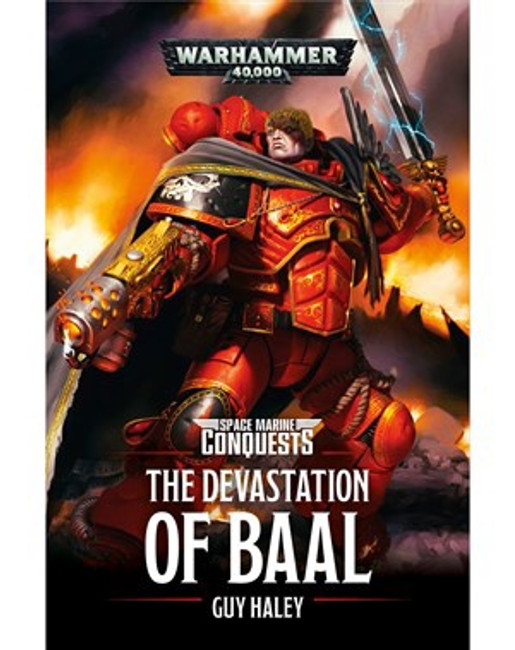 The Devastation of Baal

Baal is besieged! The alien horror of Hive Fleet Leviathan has reached the Blood Angels home world, and their entire existence is under threat. As the sons of Sanguinius gather, the battle for the fate of their bloodline begins…

READ IT BECAUSE
It's one of the key events in the build-up to the new Warhammer 40,000 background (and it's been years in the making!) and it's an epic tale of triumph and tragedy, heroism and sacrifice, and sets the scene for the future of the Blood Angels – if they have one.

Devourer A Shield of Baal novellaAs war rolls across the Cryptus System, another threat rises as ne

Deathstorm A Shield of Baal novelThe sons of Sanguinius land upon Phodia, commanded by First Captai

Release Date 2nd Feb 2019 The Lords Of Silence A Warhammer 40,000 novel The galaxy has changed. Arm

Shroud of Night A Chaos Space Marines novelOn a world that is home to a unique artefact, bands of C